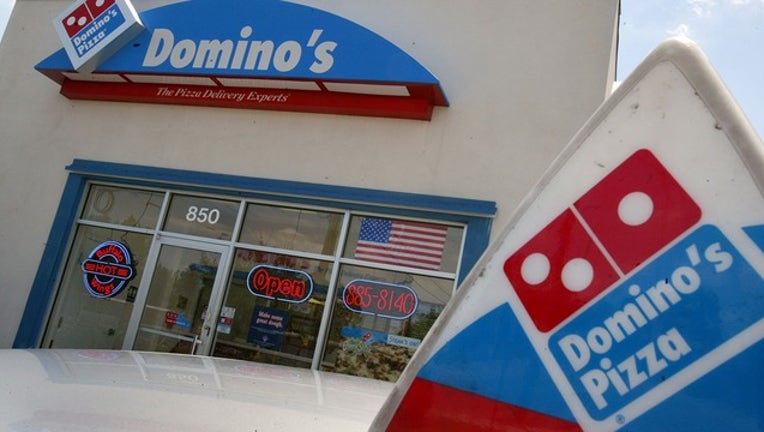 NEW YORK (AP) - Domino's, which has been bringing pizzas to doorsteps for more than half a century, will now deliver to the great outdoors.

The pizza chain said Monday that its drivers can meet customers at U.S. beaches, parks and landmarks to hand over pizza, cheesy bread and other food on its menu.

In all, Domino's said it will deliver to 150,000 outdoor locations including under the Gateway Arch in St. Louis; by the Las Vegas welcome sign; or next to a statue of soul singer James Brown in Augusta, Georgia. The locations show up in the company's app or website as "Domino's Hotspots."

Delivery is a key part of the company's business, and it has been aggressive in making it easy to order through tweets, text messages and Amazon's voice-activated Echo. But competition has grown from other fast-food chains that are offering more delivery options. McDonald's has a deal with online service UberEats, and the parent company of KFC and Taco Bell recently teamed up with Grubhub to expand delivery.

Domino's says it tested the service last fall in Miami, where customers ordered outside hotels and the zoo. Dennis Maloney, the company's chief digital officer, wouldn't say how many deliveries were made during the test, but said it was enough to decide to roll it out nationwide.

Franchisees chose the hotspots, including local dog parks and airports. Drivers will pull up to the curb to meet customers, Domino's said, and people can tell the app what they're wearing so they're easier to spot.