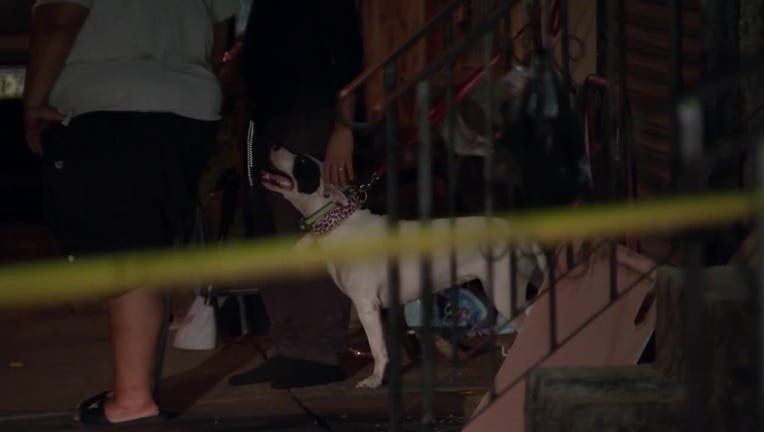 The incident occurred on the 2000 block of North Reese Street just after 8:30 p.m.

Police say two men were attempting to force their way into a home when they encountered the 30-year-old male resident and his three pit bulls. A struggle ensued with the man, the two suspects, and the dogs.

One of the suspects shot the homeowner in the leg before fleeing the scene. The victim was listed in stable condition.

The second suspect, a 43-year-old man, was bitten in the legs multiple times and was taken into police custody. He was taken to the hospital to be treated for the bite

Nothing was taken from the home, and police are searching for the second suspect.