A man holding his 2-year-old son threatened to blow up an Ohio credit union unless the teller gave him cash, police said.

Investigators have not yet released details on the suspect’s identity, but they said he walked into Directions Credit Union while wearing a hoodie, shorts and a blue surgical mask.

With the toddler in one arm, the suspect handed a teller a note, threatening to detonate a bomb unless he received money, authorities told the Sentinel-Tribune.

Once the teller complied, the suspect drove off with the cash in a silver Cadillac. 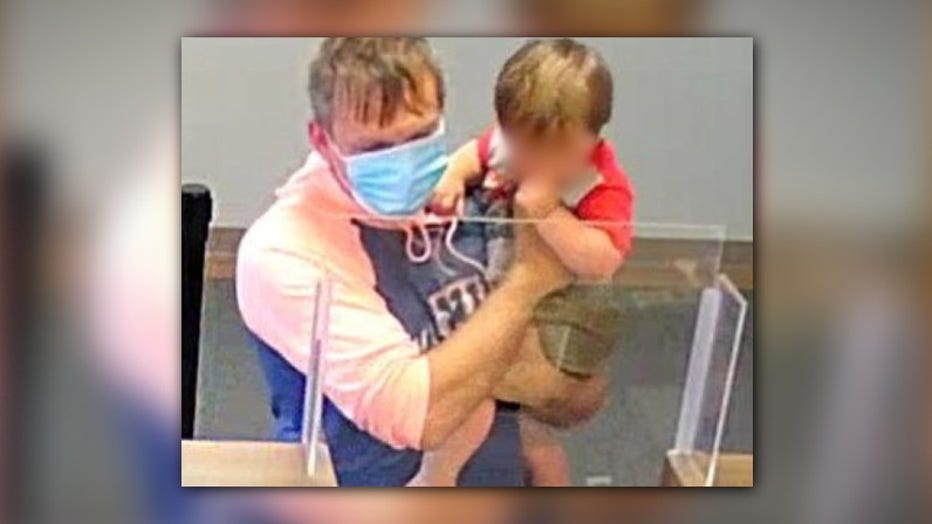 Investigators have not yet released the suspect’s identity, but they said he walked into Directions Credit Union wearing a hoodie, shorts and a blue surgical mask. (Source: Toledo Police Department)

Several law enforcement agencies, including the FBI, collaborated with the Maumee Police Department in their search for the suspect.

Tuesday afternoon, the Toledo Police Department posted a surveillance image of the man on its Twitter feed, hoping the public could assist authorities in identifying him.

The next morning, Toledo police tweeted that the suspect had been found and arrested.