AUSTIN, Texas - The Austin Police Department is asking for witnesses to assist with providing information in regards to the fatal shooting on July 25 that left Garrett Foster dead. Detectives are looking to speak with the drivers and passengers in two vehicles. 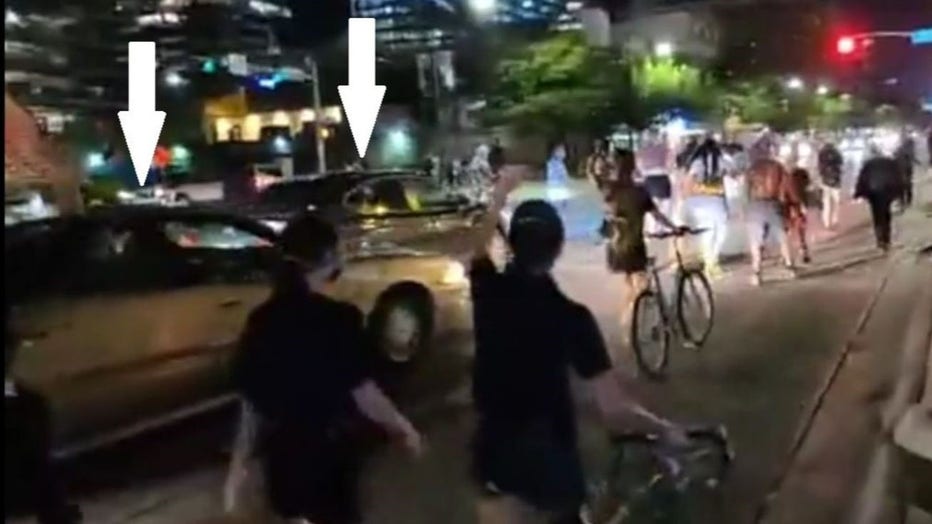 At the time of the shooting, the two vehicles were stopped in the northbound lanes at the intersection of Congress Avenue and 4th Street. 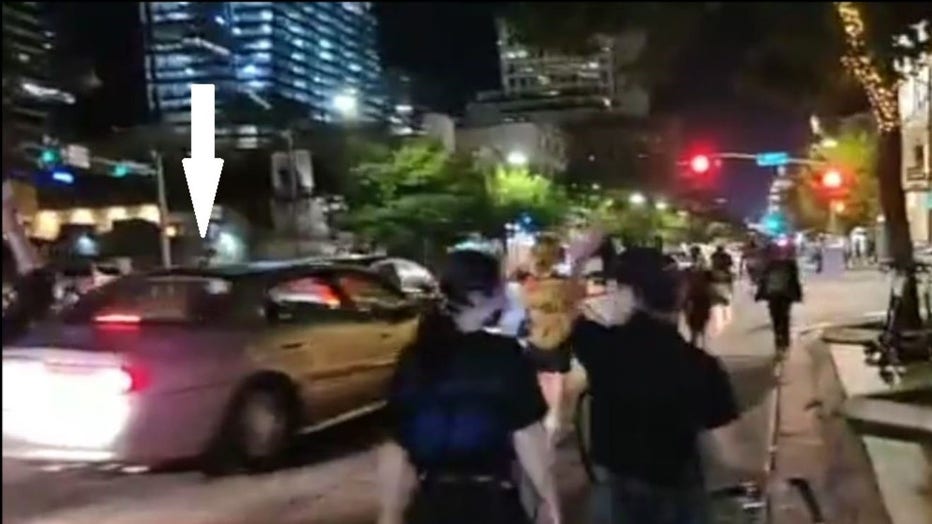 Police are asking the individuals in those vehicles to make contact with the Austin Police Department's Homicide Unit to provide statements as to what they observed. They're also looking for an individual who was wearing a green hat. 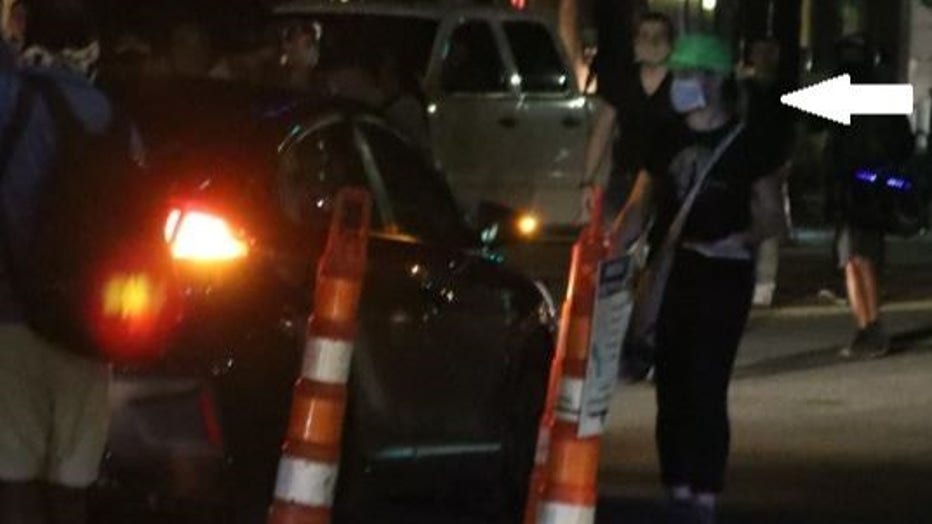 The individual in the green hat was standing in the southbound lanes of the 300 block of Congress Ave., and in the immediate proximity of the shooting.

WHO IS GARRETT FOSTER?

28-year-old Garrett Foster was attending a Black Lives Matter protest in downtown Austin on Saturday, July 25 when he was shot and killed. Two shooters involved in the incident had been detained by APD but have since been released.

RELATED: Man who was shot, killed during protest in downtown Austin has been identified

According to the Austin Police Department, officers reported hearing two separate volleys of gunfire on Congress Avenue just before 10 p.m. during a Black Lives Matter protest march on July 25. When officers arrived at the scene, they found Foster with multiple gunshot wounds and began resuscitation efforts until fire crews arrived and took over.

ATCEMS transported Foster to Dell Seton Medical Center at the University of Texas where he succumbed to his wounds and was pronounced dead a short time later.

APD says officers spoke with multiple witnesses at the scene that described several different versions of the shooting. Witnesses say a vehicle started honking its horn as it turned south onto Congress from 4th Street. The vehicle stopped as there was a large number of people in the road.

Foster, who had been holding an AK-47 type assault rifle, approached the driver's side window as others began striking the vehicle. APD says gunshots than were fired from inside the vehicle at him.

Following that, another person who heard the gunfire and saw the vehicle driving away drew their concealed handgun and fired multiple shots at the vehicle as it drove away. They were brought in to be interviewed and Foster's rifle and the person's handgun were secured as evidence.

Among the callers to Austin 911 was a subject who stated they had just been involved in the shooting and driven away from the scene. The caller stated they had shot someone who had approached their driver’s window and pointed a rifle at them, according to police.

The caller was instructed to pull over and wait for officers to be dispatched. Officers located and brought the caller to the homicide office to be interviewed.

The handgun and vehicle were secured as evidence.

WHO IS SGT. DANIEL PERRY?

A spokesperson at Fort Hood also confirmed that 33-year-old Perry is an active-duty soldier on the post.

Sgt. Daniel Perry has been identified as the person who fatally shot Foster. Lawyers with the law firm Broden & Mickelsen, who are representing the U.S. Army sergeant, recently released information in an effort to "correct false facts" in the case.

The firm says that Perry was in Austin on July 25 driving for Uber in order to earn extra money. Perry, who is from North Texas, is stationed at Fort Hood and is limited to traveling only 100 miles from the base, leaving Austin as the closest location with "significant ridesharing customers."

Perry turned over his phone voluntarily to the Austin Police Department the night of the shooting, according to the law firm, so APD could verify his statements about driving for Uber. The firm says his bank statements show Uber deposits into his account, with a standard delay, for his work on July 25.

The law firm of Broden &amp; Mickelsen released the information on behalf of Sgt. Daniel Perry.

The law firm also addressed allegations that Sgt. Perry attended Garrett Foster's memorial, which they say are false. "Even though Sgt. Perry acted in self-defense in shooting Mr. Foster, Sgt. Perry was devastated by Mr. Foster's death and would have never intruded on his memorial," says the firm in the release.

The firm also says that Perry has been restricted to Fort Hood "for his own safety" after being released by APD and has not left the base.

The firm has also released photos of damage they say was done to Sgt. Perry's vehicle by protesters before the shooting as well as bullet holes fired into his car afterward.