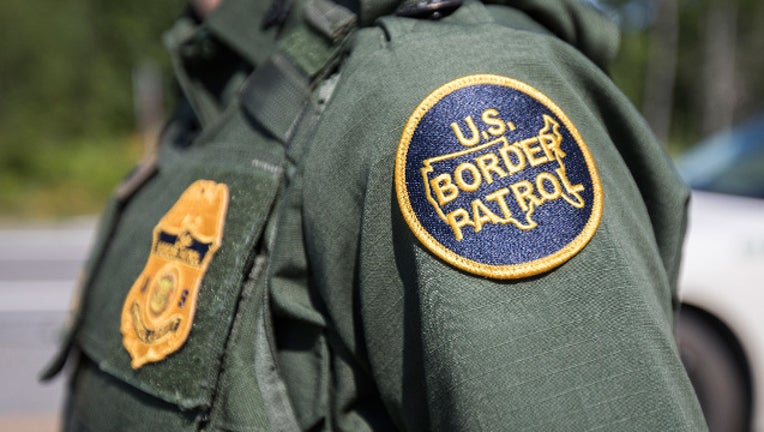 LAREDO, Texas (AP) -- A U.S. Border Patrol supervisor charged in the killings of four women knew the victims and targeted them for their vulnerability, authorities said Monday, as some feared more deaths at the hands of the agent remained undiscovered.

Though investigators didn't detail Juan David Ortiz's history with the women, who were believed to have been sex workers, they said he knew them before killing them and leaving their bodies by rural Texas roadsides during a 10-day string of violence.

"He had the trust of most of the victims that were involved in this killing," said Chief Deputy Federico Garza of the Webb County Sheriff's Office. "So he took that opportunity to commit this crime."

Authorities said Ortiz grew convinced police were closing in on him, amassing weapons at his home for a possible confrontation. In the end, officers attempted to apprehend him at a gas station, but he fled to a nearby hotel parking lot. They said Ortiz tried to make his cellphone appear like a weapon in hopes of being shot by officers, but he was captured without incident around 2 a.m. on Saturday.

Garza said he was confident "the killings will stop" because they had nabbed the right suspect. But he was less sure that no other victims of Ortiz, who had worked for Border Patrol for a decade, would be discovered.

"We're not confident of that," he said, but assured the public investigators were scouring Ortiz's history in case any other crimes may be linked.

Fear of additional victims is particularly haunting for sex workers, including Christa Daring, executive director of Sex Workers Outreach Project-USA. Daring said the organization routinely hears stories of women preyed on by law enforcement officers and that it seemed plausible there were other victims of Ortiz.

"Typically somebody who has this kind of access to really vulnerable populations is active for more than two weeks," Daring said.

"I believe that it's just kind of like a small piece of it," said Alberto Luera, a second cousin of 42-year-old Claudine Anne Luera, who was discovered shot on a rural roadside Thursday. "I would imagine that things are just going to keep showing up."

Garza said Ortiz "mentioned the dislike for the community ... the victims represented" and "anger he had inside of him" -- presumably a reference to comments made under police questioning. But even as additional details of Ortiz's alleged crimes trickled out, authorities were still scouring for clues that would give a better understanding of what motivated the killings.

"The question that's out there is, `Why did he do this?"' Webb County District Attorney Isidro Alaniz said. He later added: "We are trying to get into the mind of this killer."

Before being hired by Border Patrol, Ortiz served in the U.S. Navy for nearly eight years, until 2009, holding a variety of medical posts as well as a three-year detachment with the Marines. A Navy spokeswoman declined to answer questions about the nature of the suspect's discharge or whether he'd been disciplined.

The Border Patrol said there was nothing in Ortiz's background suggesting he was capable of such crimes. At a news conference, a representative of the agency said he had a minor incident in his background, but they gave no details on it.

Ortiz, 35, was being held in Laredo on four counts of murder in the deaths, as well as aggravated assault with a deadly weapon and unlawful restraint linked to a fifth woman who escaped, Erika Pena. After running off, that woman found an officer. Her tips helped police zero in on Ortiz.

According to affidavits , Ortiz confessed to the killings after he was taken into custody Saturday. He was being held on $2.5 million bond.

Besides Luera, police also identified Melissa Ramirez, 29, among the slain. A third victim was a transgender woman identified by police by the birth name Umberto Ortiz, but who reportedly was known as Janelle. The fourth victim's name wasn't released.

Ortiz was believed to have acted alone. Jail records don't list an attorney for him.