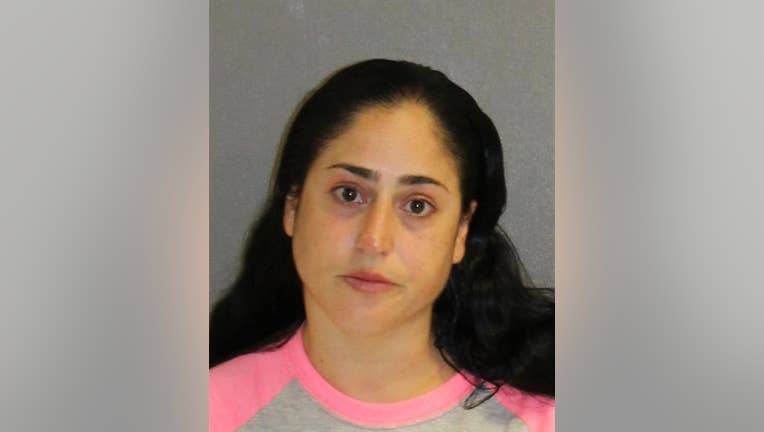 SOUTH DAYTONA, Fla. - A Volusia County mother is facing child abuse charges after punching her son so hard that his jaw was dislocated, police say.

Ann Perugia, 35, was arrested on Wednesday at her home on Northern Road in South Daytona. According to a report from the South Daytona Police Department, Perugia had asked her 10-year-old son to turn off his 'Fortnite' video game and take a shower. After 10 minutes passed, Perugia asked him if he had taken a shower and he replied "no."

"He got up and started towards the bathroom and that is when his mother got irate and charged into the bathroom," the report states. "When the two got into the bathroom, (he) stated that she punched him with a closed fist in the jaw which dislocated his jaw and caused great pain."

The boy was able to call his father to come pick him up. His father completed a sworn statement and said he wanted to press charges against Perugia for child abuse.

Perugia reportedly told police that after she asked him a second time to take a shower, "the mother stated he stomped his feet into the bathroom so she followed him and asked what his attitude was for and he replied to her, 'I hate you and you don't do anything for me!'"

Perugia stated that the only thing she did after that "was grab (him) by his arm and brought him back inside" when he tried to leave. She did not mention punching the boy.

She was placed under arrest and taken to jail.

Police say because the father does not have full custody, the boy is staying with his aunt.

"The child also had scratches around his body that were caused by the mother," the police report states."This malicious act also caused her son unjustifiable pain and injury.  This act has no valid reason to subject the child to that kind of punishment for failing to listen to his mother."