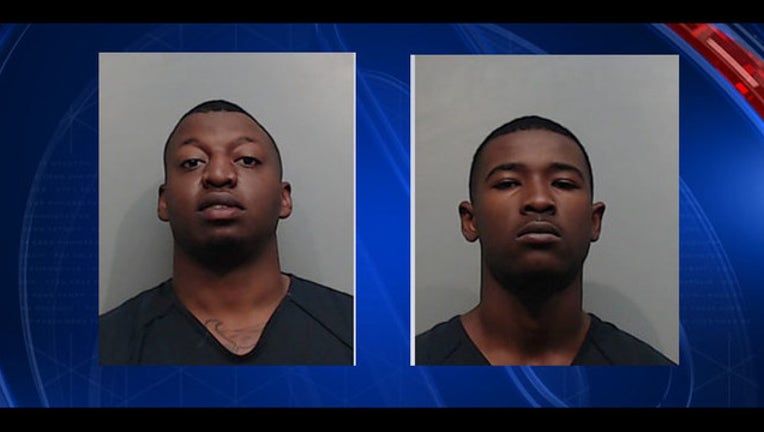 According to San Marcos Police it happened a little before 5:30 a.m. at a Best Buy located at 1050 McKinley Place Drive to investigate a reported store alarm.

Police said upon arrival they observed a vehicle leave the area speeding and running a red light at Wonder World Drive.

Police said during the investigation they discovered electronics that still had security webbing attached and multiple phones and tablets with the display security cords that had been cut.

Store managers told police that they suspected the two men were responsible for multiple Best Buy burglaries across the state of Texas.

Both men were charged with burglary of a building.