Motorcycle club under investigation for vicious bar beating in Carleton

The victim was leaving when he accidentally bumped into a man wearing the colors of the Iron Coffins motorcycle club. Police say several bikers started yelling at him and then went after him as he tried to walk away.

CARLETON, Mich. (FOX 2) - A Carleton man was beaten by members of a biker club after he accidentally bumped into one of their members at a bar over the weekend, police said.

The 35-year-old victim was trying to leave Wolf’s Den Bar through the front door Saturday when he bumped a man wearing Iron Coffins Motorcycle Club colors. Other bikers started yelling at him, so the victim left through a side door, police said.

As he was walking away, several Iron Coffins members followed him and started attacking him. He fended off one member and was trying to fend off a second person when more people joined in the attack.

The victim, who has seizures, suffered a head wound and needed 28 staples, police said.

Police released a photo of persons of interest Monday and were able to identify the bikers within hours. They have not been publicly identified.

FOX 2 spoke briefly with the beaten victim who did not want to talk on-air about what happened. We asked how he’s doing, he said he was on pain pills and has a really bad headache.

The scuffle spilled out onto the sidewalk. The police station is next door to the Wolf's Den.

Carleton police says there were no officers inside the station when the assault happened and that all of its officers were out on patrol.

"The gentleman who’s got the stitches is a really nice kid," said bar owner Mike Wolf. "He doesn’t cause any problems, he's a good kid-  and we don’t really know what happened."

Police are tracking down and interviewing members of the motorcycle club as the investigation continues. 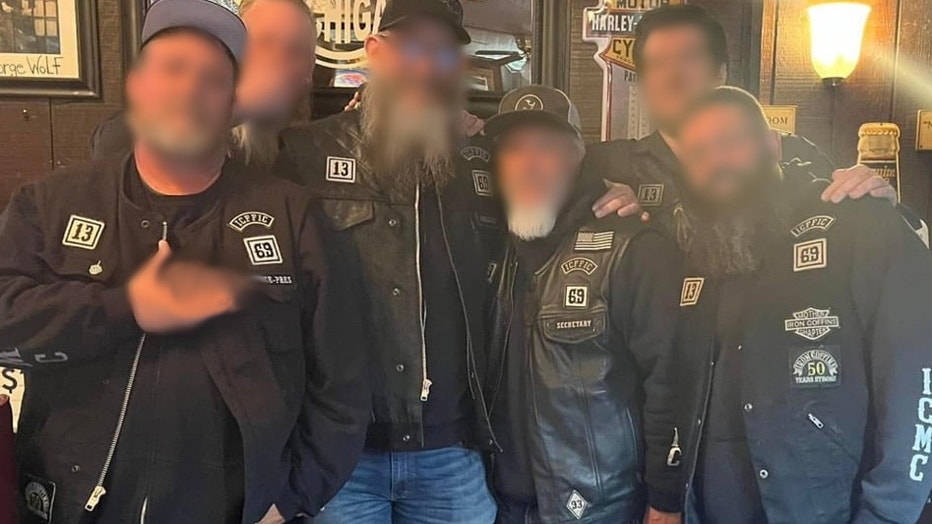 Persons of interest in the assault

"It was an isolated incident you go to any bar anywhere in this country and you’re going to have conflict," said one patron.