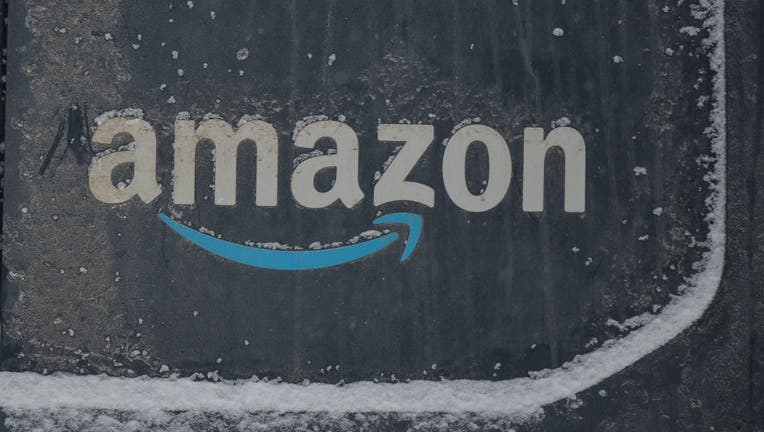 Amazon logo seen on a delivery truck partially covered with snow, in the center of Edmonton.On Friday, January 7, 2022, in Edmonton, Alberta, Canada. (Photo by Artur Widak/NurPhoto via Getty Images)

OKLAHOMA CITY - Authorities are looking for the man who threw an inert grenade into an Amazon delivery van in Oklahoma City, causing the driver to immediately jump out while the vehicle was in motion before it crashed.

According to a police report obtained by FOX Television Stations, officers arrived on SW 27th Street after an Amazon vehicle had crashed into a mailbox and another parked vehicle along the curb line.

The driver, identified as "VI Martin," told officers he was out delivering packages like any other day, and as he drove down the street, he noticed another man walking down the sidewalk.

After noticing the man and dropping off more packages, Martin told authorities that he heard something hit the floor in the back of the van, noting that the side sliding door was open.

Martin said he saw what looked to be a grenade rolling on the floor. He said he opened the driver’s side door and jumped out of the truck without even thinking about it, sustaining minor injuries to his knees after hitting the ground. He also said that he did not put the truck in park and let it drive off, hitting the mailbox and another car.

Officers later confirmed that the device was a grenade. They removed those who lived nearby a safety precaution and secured the scene.

The grenade was later removed by the bomb squad.

Police also reviewed surveillance video from the Amazon van and confirmed that the male threw the object inside.

An Amazon spokesperson said "we are glad everyone is safe" in a statement to FOX Television Stations.