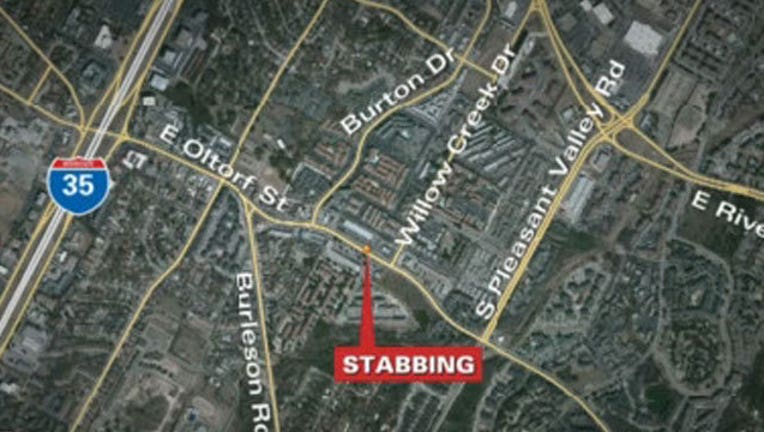 Austin police are on the lookout for the person who stabbed a man early this morning in Southeast Austin.

It happened just before 5 a.m. at a Valero gas station in the 2200 block of East Oltorf between Burleson Road and Pleasant Valley.

Police say the victim was taken to Brackenridge. His condition isn’t known at this time.

APD has little information regarding the suspect, only that he’s described as a black male wearing all white.

If you know anything about this care you’re asked to call Austin police.