A pursuit that included a brush fire, hitting parked cars and a standoff with police finally came to an end on PCH in Malibu.

MALIBU, Calif. - Authorities were in pursuit of a truck hauling a small trailer in the Malibu area Tuesday afternoon. 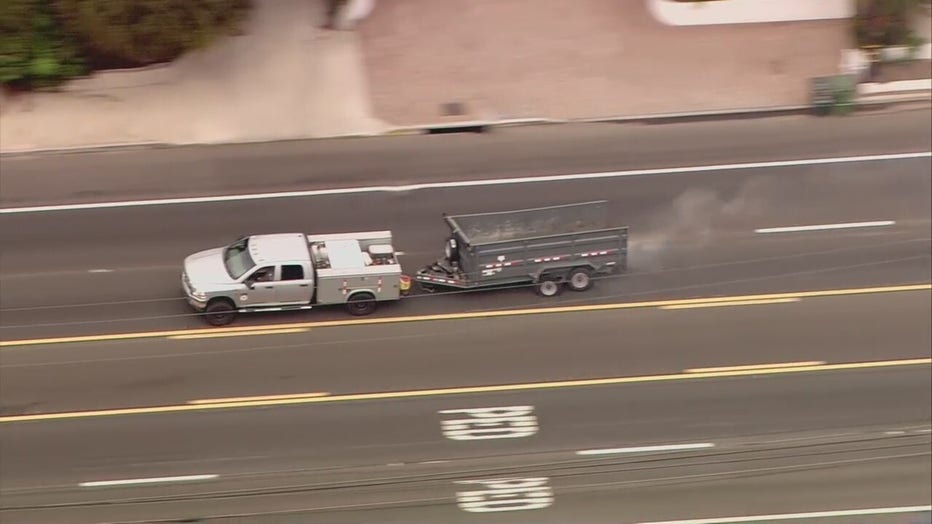 The Los Angeles Police Department initiated the pursuit near Victory Boulevard and De Soto Avenue in the Topanga area after the suspect allegedly hit a couple of parked cars and continued driving, according to LAPD Officer Mike Chan.

Shortly before 2:30 p.m., the driver stopped along PCH and Carbon Canyon Road, and at least six LAPD units were waiting behind. 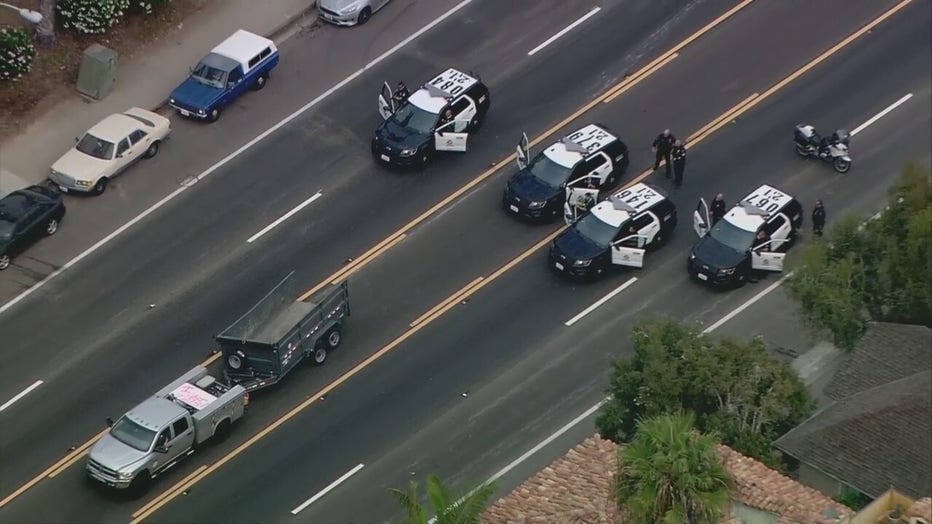 Several police units are now in a standoff situation on PCH with the suspect in the vehicle.

Authorities believe sparks from the broken axle of the driver's trailer may have sparked a nearby brush fire on N. Topanga Canyon Blvd.

The "Topanga Fire" quickly grew to more than 7-acres as firefighters worked to contain the blaze, the Los Angeles County Fire Department reported. 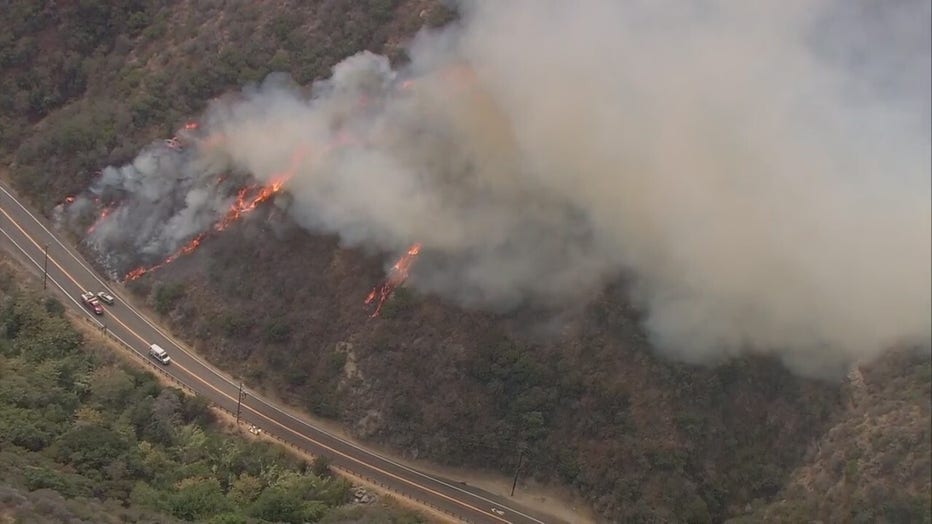 At about 3:10 p.m. the suspect was peacefully taken into custody by authorities near Pacific Coast Highway and Carbon Canyon Road in Malibu.

All lanes of PCH were closed from Sweetwater Mesa to Carbon Cyn in Malibu due to the police pursuit.