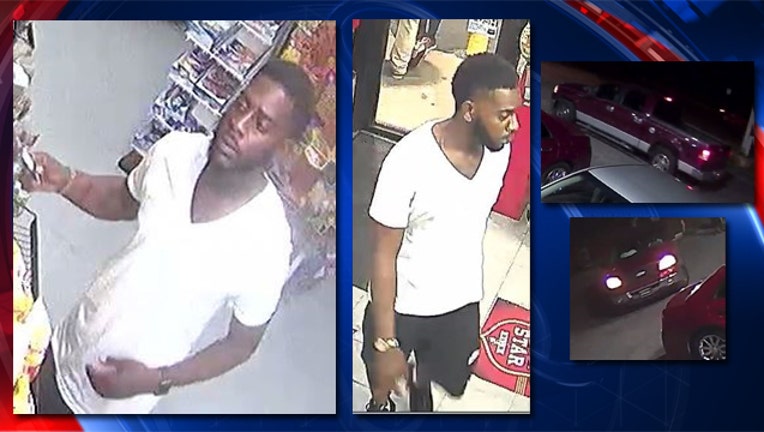 The Austin Police Department is asking for the public's assistance in identifying a vehicle of interest and two suspects involved in an aggravated robbery in East Austin.

The suspects followed a man home before robbing and beating him on Thursday, June 15, 2017.

According to APD, officers were disptached to the 3700 block of  Goodwin Avenue shortly before 10 pm on Thursday, June 15. When officers arrived on scene, they found a victim in his own residence with non-life threatening injuries.

According to the victim, he was followed by two suspects to his home.

The suspects were armed with a weapon and robbed him.

The Austin Police Department is performing an ongoing investigation into the aggravated robbery.

Anyone with information is asked to call the APD Robbery Tip Line at 512-974-5092 or Crime Stoppers at 512-742-TIPS. Tips can also be submitted via the Crime Stoppers App or APD's mobile app.