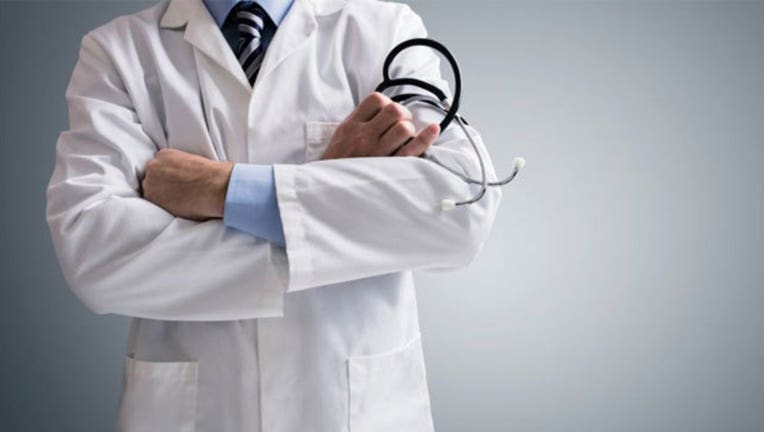 FOX NEWS - The Portuguese Medical Council voted unanimously Tuesday to suspend a doctor for six months after a baby was born under his care without eyes, without a nose and with just part of its skull, according to reports.

Dr. Artur Carvalho is accused of negligence in the Oct. 7 birth of a baby, Rodrigo, whose parents said they had no idea their son would arrive with such abnormalities. The baby was born at a hospital in Setubal, about 25 miles south of Lisbon.

"There is strong evidence [of negligence that] may lead to a disciplinary sanction," medical council chief Alexandre Valentim Lourenco told local broadcaster RTP, as reported by AFP.

The baby's mother told the BBC she had three ultrasounds at a private clinic with Carvalho, who raised no concerns at the time.

When she had a fourth exam at a different clinic while six months' pregnant, the doctor allegedly brushed off concerns the scan seemed to raise about potential abnormalities, the mother said.

"He explained that sometimes some parts of the face are not visible ...  when the baby's face is glued to the belly of the mother," the baby's aunt, Joana Simao, told local broadcaster TVI 24, per AFP.

Rodrigo was born at Sao Bernardo Hospital in Setubal, a coastal city about 23 miles south of Lisbon.

The parents were allegedly told their baby would only live for hours, but he is still alive more than two weeks later and remains in the hospital, according to reports.

The parents have submitted a complaint to the Portugal Prosecutor's Office.

This is not the first complaint levied against Carvalho.

Health officials told the BBC there are at least six other medical complaints that date back a decade, including one case when a baby born in 2011 had deformed legs, facial disfigurement and severe brain damage.

The case will have "repercussions on the reputation of doctors" and when it comes to "[reassuring] pregnant women," Lourenco said.

The BBC was unable to reach Carvalho.