Anders Jungling died after suffering positional asphyxiation while sleeping in a car seat on the floor, something many parents and caregivers are unaware can put an infant at risk.

MANDAN, N.D. - After years of hoping, praying and struggling with infertility, Ryne and Rachel Jungling were blessed with twins, whom they named Linnea and Anders. 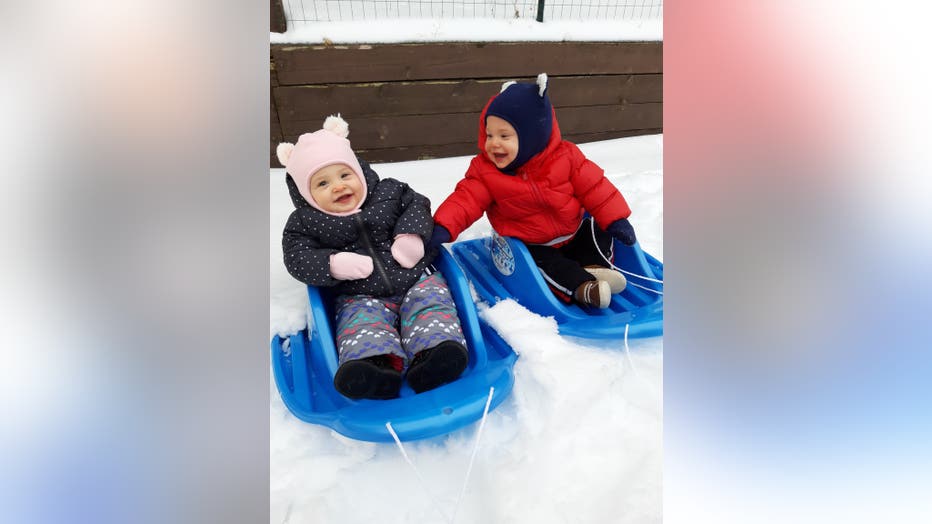 Just short of a year later, a preventable accident caused Anders’ death — he was left sleeping in a car seat while at day care and suffered positional asphyxiation. The Junglings are now sharing their story so that other families won’t have to suffer the same fate.

When Rachel dropped her twins off with their day care provider on a snowy, January morning, she carried them inside in their car seats. Linnea and Anders were nearly a year old and getting bigger by the day, and Rachel, not wanting to have to take them in one-by-one, found that carrying them in their seats made the journey across the snow-covered driveway much easier to manage.

“Bye, Buddy!” Rachel recalled saying to Anders, still in his car seat, who smiled sleepily back at her. Nearby, Linnea, who was much more awake, was already out of her seat.

“I assumed Anders was next,” Rachel said. She explained that the day care provider had always taken both babies out of their car seats. 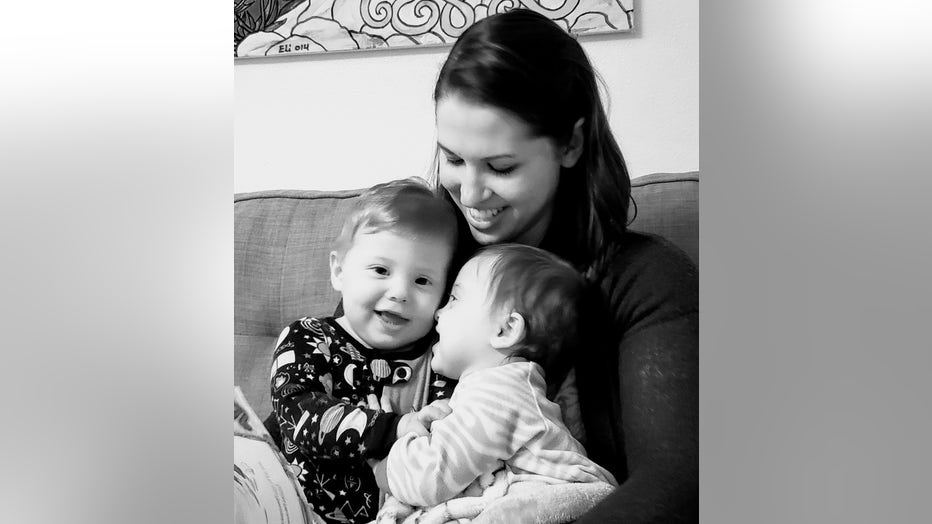 A couple of hours later, Rachel got a call at work — she and Ryne were both teachers at the time, and the school day was just starting — it was a police officer on the other line. He said that something had happened to Anders at day care and asked if Rachel was sitting down, but didn’t elaborate further.

The whirlwind that followed began with a police officer picking Rachel up at work to take her to the hospital. When the officer turned on the lights and started speeding, she knew it was worse than she originally imaged.

Ryne prayed the whole way to the hospital, calling his pastor en route, who happened to be nearby and offered to meet them there.

“When I pulled up to the hospital, he was one car ahead of me,” Ryne said.

It was a comfort, he said, that helped him face the scene inside, where he was met by a sea of medical professionals and law enforcement.

At the hospital, doctors explained that, after 40 minutes of CPR, EMTs were able to get Anders' heart started again. A detective told the couple that Anders had been in his car seat. 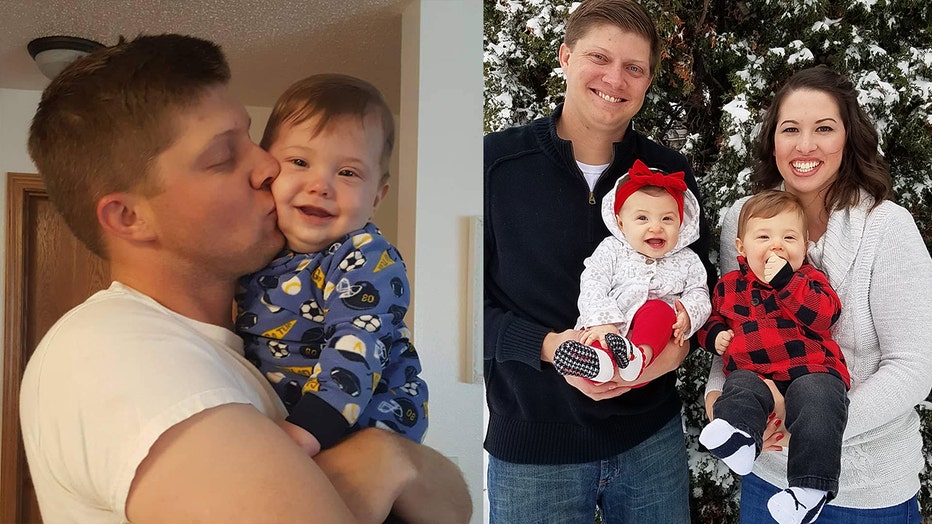 Confused, Rachel asked, “Was he going somewhere?” The detective informed her Anders had been napping in his car seat since she had dropped him off.

Perfectly healthy and strong two hours prior, Anders was now fighting for his life because his airway had become constricted while sleeping in his car seat, causing asphyxiation.

“When a car seat is in a base in a vehicle it is tilted back, the baby’s head remains tilted back and their airway remains open. When a child is in a car seat on the floor, their head can tilt forward, cutting off airflow to their lungs,” Rachel said. “This is what happened to Anders. My strong and thriving little boy suffocated.”

Anders was flown to a specialty hospital, where he spent three days on life support with his doting parents and sister by his side before they said their final goodbyes. 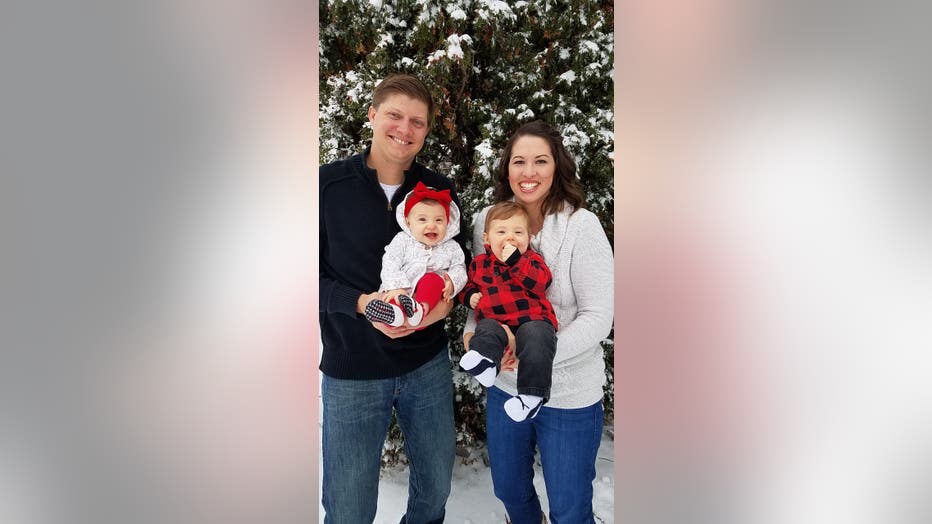 The Junglings, who just welcomed a new baby boy into their lives a little over a week ago, now share Anders’ story to help ensure other parents and caretakers know the risks of letting a baby sleep in a car seat on the floor.

Their day care provider, who loved the twins immensely, didn’t know that babies shouldn’t sleep in car seats on the floor. It’s something countless people have reiterated to the Junglings since Anders’ death — that they had no idea.

To spread awareness, the family has been working with Carma Hanson, coordinator of Safe Kids Grand Forks, who has been a neonatal nurse for 25 years and is also a car seat technician.

“Since we have shared this story via social media, the news and on-line, I have received hundreds of comments, calls, text messages and conversations from parents and caregivers that are grateful for this messaging as ‘they had no idea that this is a potential danger,’” Hanson said.

Car seats are still the safest place for babies to sit in a vehicle and pose little to no risk to a sleeping baby if installed correctly. This is because infant car seats are designed with a base that will place the seat at an angle in the vehicle that doesn’t restrict the baby’s fragile airway.

“Young babies and children have disproportionately large heads, weak neck muscles and vulnerable airways. When placed at an angle that is too upright, the head can fall forward, blocking the airway, and the baby can die of what is termed positional asphyxia (essentially suffocating because the airway is blocked from the position that it is in),” Hanson explained.

Babies’ neck muscles are further weakened during sleep due to muscle tone decreasing, and this in turn increases the risk of asphyxiating when sleeping upright in a car seat.

"As this [positional asphyxiation] occurs, babies don’t wake up and cry to indicate they are ‘in trouble,’ but rather sleep into a quiet death, often in the presence of those who care for them," Hansen explained.

Knowing how to properly install a car seat and being well educated on the ABCs of safe sleep are the best ways for parents and caretakers to protect babies from positional asphyxiation.

The ABCs of safe sleep are as follows:

A: Alone – Babies should sleep alone in a crib without blankets, pillows, bumper pads, stuffed animals, etc.
B: Back – Babies should be placed to sleep on their back, not their side or stomach.
C: Crib – Babies need to be in a crib to sleep, not a car seat, swing, adult bed, chair or other upright sleeping devices.

The Junglings said that faith has played a crucial role in their journey, often providing them with the kind of strength and optimism that leaves those around them in shock.

The Bible passage, James 1:5, kept showing up for Ryne as he struggled to make sense of what was happening to Anders.

“If any of you lacks wisdom, you should ask God, who gives generously to all without finding fault, and it will be given to you,” the passage reads.

Reflecting on the whole situation, Ryne said they realized, “God is the only author of life.” Rachel added that nothing taught them that lesson better than Anders’ death. 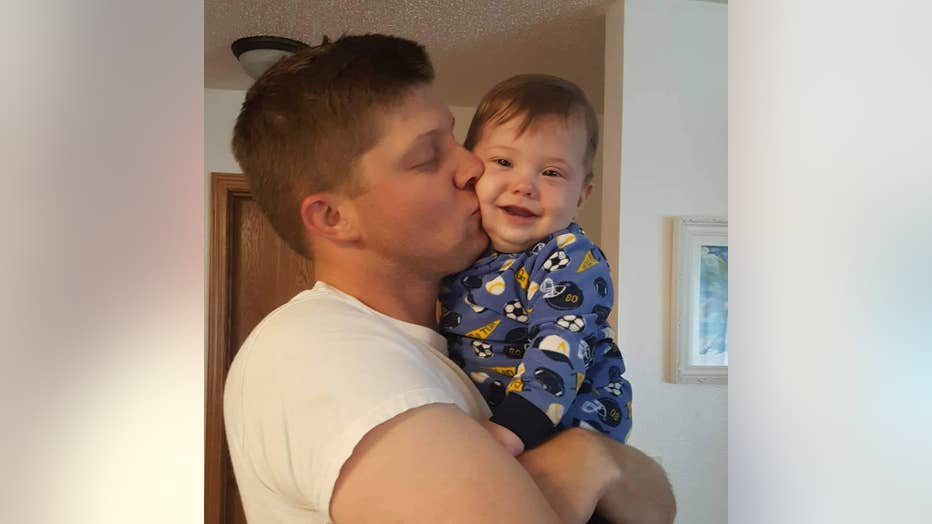 The Junglings say that it was very shortly after Anders passed that Rachel discovered she was pregnant again — this time with no fertility treatments.

Nine days ago, they welcomed their second son.