Prince William is speaking out after it was revealed that Martin Bashir used "deceitful behavior" to secure his controversial interview with his late mother, Princess Diana, in 1995.

The 127-page report, released on Thursday, concluded that the journalist "deceived and induced" the late royal’s brother, Earl Charles Spencer, into securing the interview for Panorama, The Telegraph reported.

"I would like to thank Lord Dyson and his team for the report," wrote the Duke of Cambridge in a statement obtained by Fox News.

The 38-year-old, who is second in line to the British throne, also released bullet points expressing his concerns towards the findings. 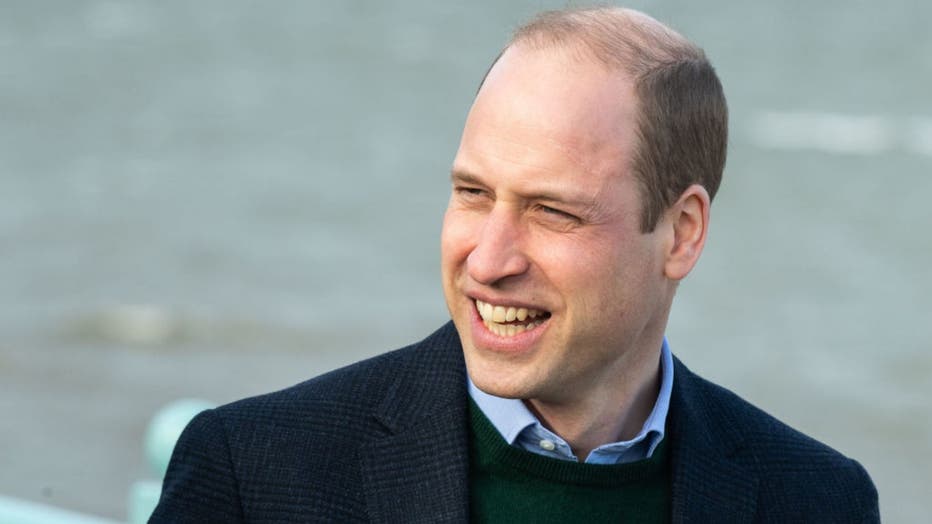 FILE - Prince William, Duke of Cambridge arrives at the RNLI lifeboat station on Mumbles Pier on Feb. 4, 2020 in Swansea, Wales.

"It is welcome that the BBC accepts Lord Dyson’s findings in full – which are extremely concerning – that BBC employees:

It is my view that the deceitful way the interview was obtained substantially influenced what my mother said. The interview was a major contribution to making my parents’ relationship worse and has since hurt countless others."

"It brings indescribable sadness to know that the BBC’s failures contributed significantly to her fear, paranoia and isolation that I remember from those final years with her," he continued. "But what saddens me most, is that if the BBC had properly investigated the complaints and concerns first raised in 1995, my mother would have known that she had been deceived.  She was failed not just by a rogue reporter, but by leaders at the BBC who looked the other way rather than asking the tough questions."

The royal also made it clear that Panorama, the show that initially aired the tell-all, should never be used in any capacity again.

"It is my firm view that this Panorama programme holds no legitimacy and should never be aired again," he said. "It effectively established a false narrative which, for over a quarter of a century, has been commercialised by the BBC and others. This settled narrative now needs to be addressed by the BBC and anyone else who has written or intends to write about these events."

"In an era of fake news, public service broadcasting and a free press have never been more important," William concluded. "These failings, identified by investigative journalists, not only let my mother down, and my family down; they let the public down too." 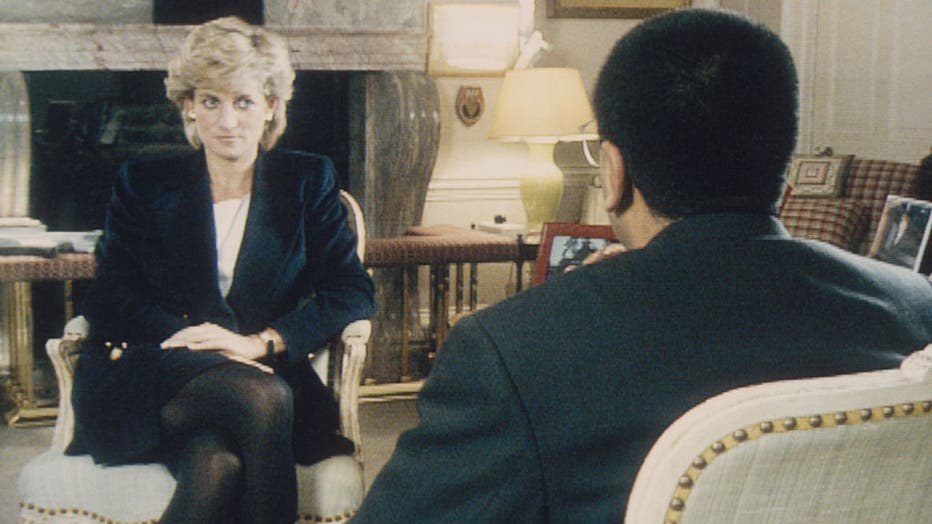 According to The Telegraph, the BBC’s current director-general Tim Davie said the corporation accepts "in full" the findings of former High Court Judge Lord Dyson.

"Although the report states that Diana, Princess of Wales, was keen on the idea of an interview with the BBC, it is clear that the proceeds for securing the interview fell far short of what audiences have a right to expect," said Davie. "We are very sorry for this. Lord Dyson has identified clear failings."

"While today’s BBC has significantly better processes and procedures, those that existed at the time should have prevented the interview being secured this way," he continued. "The BBC should have made greater effort to get to the bottom of what happened at the time and been more transparent about what it knew. While the BBC cannot turn back the clock after a quarter of a century, we can make a full and unconditional apology. The BBC offers that today."

In response to Lord Dyson’s report, Bashir released his own statement.

"This is the second time that I have willingly fully co-operated with an investigation into events more than 25 years ago," said the 58-year-old, as quoted by the outlet. "I apologized then, and I do so again now, over the fact that I asked for bank statements to be mocked up. It was a stupid thing to do and was an action I deeply regret. But I absolutely stand by the evidence I gave a quarter of a century ago, and again more recently." 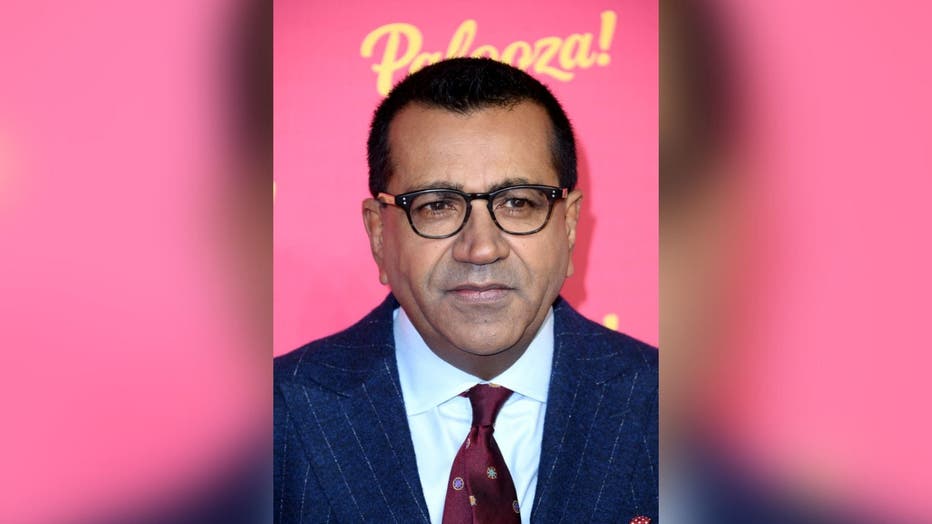 "I also reiterate that the bank statements had no bearing whatsoever on the personal choice by Princess Diana to take part in the interview," Bashir shared. "Evidence handed to the inquiry in her own handwriting (and published alongside the report today) unequivocally confirms this, and other compelling evidence presented to Lord Dyson reinforces it. In fact, despite his other findings, Lord Dyson himself in any event accepts that the princess would probably have agreed to be interviewed without what he describes as my 'intervention.’

"It is saddening that this single issue has been allowed to overshadow the princess' brave decision to tell her story, to courageously talk through the difficulties she faced, and, to help address the silence and stigma that surrounded mental health issues all those years ago. She led the way in addressing so many of these issues and that's why I will always remain immensely proud of that interview."

According to the outlet, Lord Dyson was commissioned six months ago by Davie to conduct an inquiry into the circumstances surrounding the bombshell tell-all. It was alleged that Bashir breached the BBC’s editorial guidelines by creating two false bank statements that he showed to Earl Spencer.  The 57-year-old then introduced Bashir, 58, to Diana. The interview took place two months later from the meeting.

In November 2020, Earl Charles Spencer told People magazine the documents were influential in his decision to approach Diana about the interview, as they alleged that a member of his staff was being paid by tabloids to leak information about the princess’s family. 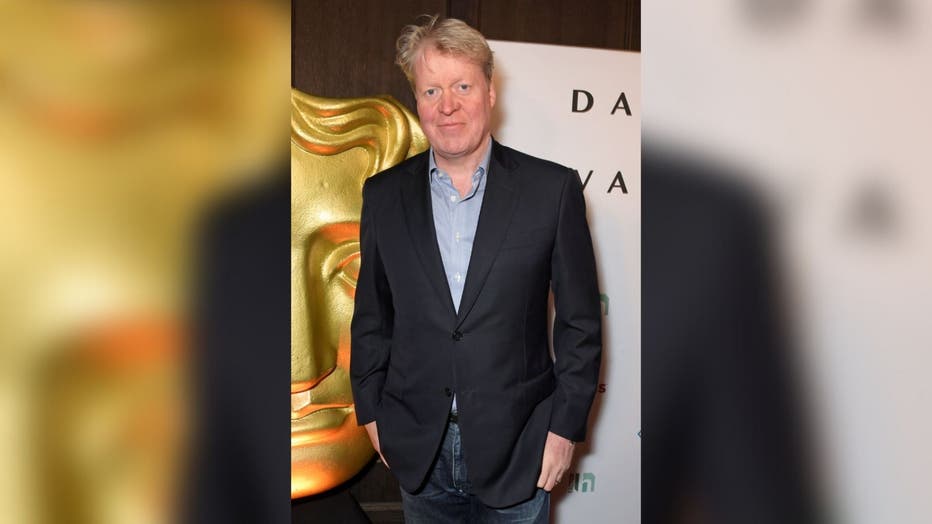 FILE - Charles Spencer, 9th Earl Spencer, attends the UK premiere of "Dancing At The Vatican" hosted by HDdennmore at BAFTA on Feb. 5, 2020 in London, England.

"This was what led me to talk to Diana about such things," he told the outlet. "This, in turn, led to the meeting where I introduced Diana to Bashir, on September 19, 1995. This then led to the interview."

That same month, William released a statement, calling the investigation "a step in the right direction."

"It should help establish the truth behind the actions that led to the Panorama interview and subsequent decisions taken by those in the BBC at the time," he shared.

In October 2020, the Sunday Times alleged that Bashir manipulated Diana into giving the tell-all by showing those faulty bank statements to her brother, People magazine reported. After facing pressure from Diana’s family following the report, Davie commissioned an independent inquiry to investigate Bashir’s tactics.

On Thursday, Spencer expressed his appreciation for the findings.

"I’d like to thank the TV journalist Andy Webb for his tireless professionalism in bringing the Bashir-Panorama-BBC scandal to light," he tweeted. If he hadn’t have pursued this story for well over a decade, and shared his findings with me last October, today’s findings wouldn’t have surfaced."

Spencer also shared a rare childhood photo of himself with Diana.

"Some bonds go back a very long way," he captioned the picture.

Bashir has stepped down from his role as the editor of religion for BBC. The departure was confirmed in an email BBC’s deputy director of news Jonathan Munro sent to staff.

In the infamous interview, the Princess of Wales said "there were three of us in this marriage," referring to Prince Charles’ relationship with Camilla Parker-Bowles, who he married after Diana's death. Diana, who divorced Charles in 1996, died in a Paris car crash in 1997 as she was being pursued by paparazzi. She was 36.