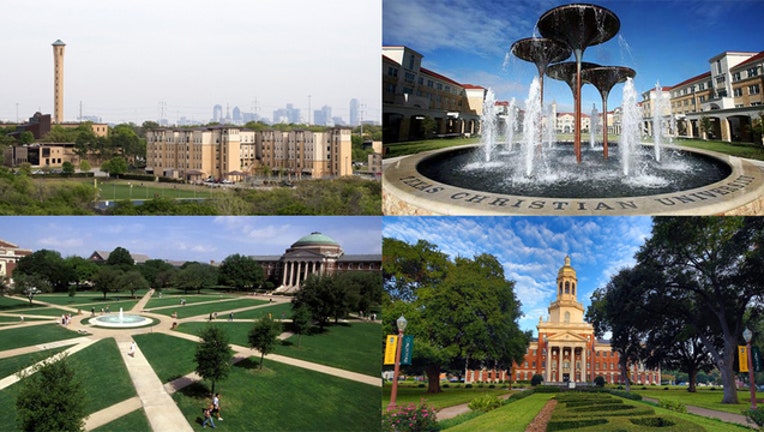 Two North Texas-area universities have some of the most conservative students in the nation, according to new rankings from The Princeton Review.

The University of Dallas ranked No. 1 on the 2017 survey’s Most Conservative Students list. TCU was No. 13. Baylor University, in Waco, was No. 10.

The Princeton Review released its annual college rankings survey on Monday. It said 137,000 students at 382 colleges across the country were asked to rank their schools on different categories.

TCU was also No. 3 for Best College Dorms, No. 9 for Best-Run Colleges, No. 13 for College City Gets High Marks and No. 14 for Most Politically Active Students.

According to the rankings, Baylor is the opposite of a wild party school. It was ranked No. 9 for Scotch and Soda - Hold the Scotch, No. 12 for Stone-Cold Sober Schools and No. 14 for Don’t Inhale.

Baylor was also No. 7 for LGBTQ-Unfriendly, No. 10 for Future Rotarians and Daughters of the American Revolution and No. 10 for Most Religious Students.

Texas A&M was No. 4 for Best Alumni Network and No. 35 for Top Undergraduate Schools for Video Game Design.

The University of Texas at Austin was No. 6 for Financial Aid Not So Great and No. 23 for Colleges That Pay You Back w/o Aid.