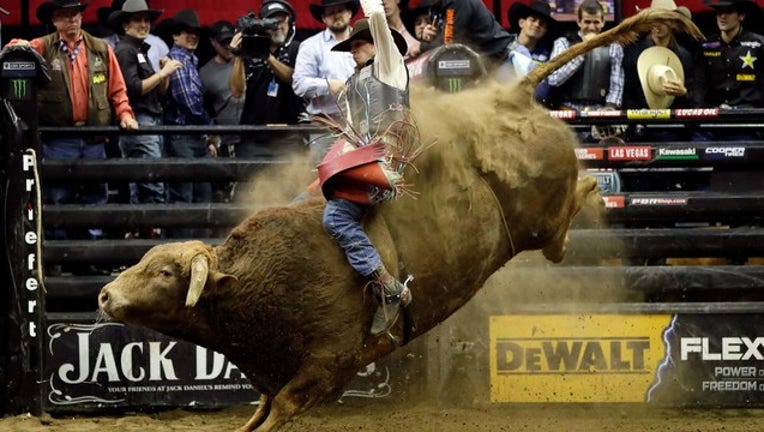 KANSAS CITY, MO - FEBRUARY 11: Mason Lowe rides Cochise during the 15/15 round of the PBR Kansas City Invitational at the Sprint Center on February 11, 2017 in Kansas City, Missouri. (Photo by Jamie Squire/Getty Images)

(FOX NEWS) - A professional bull rider died Tuesday night after he suffered injuries during an event at the National Western Stock Show in Colorado.

Mason Lowe, 25, was set to compete in the rodeo show at the Denver Coliseum when he was seriously injured, the Professional Bull Riders Association said in a statement. The organization did not provide details of how Lowe was injured.

"We are deeply saddened to report that Mason Lowe passed away this evening following injuries sustained at the PBR event in Denver," PBR president Sean Gleason said in a statement. "The entire PBR and National Western sports family extends our heartfelt condolences and deepest sympathies to Mason’s wife Abbey and his family.”

Lowe, who was from Exeter, Missouri, was ranked 18th in the world and had been a professional bull rider more than seven years, KDVR reported. He earned nearly $10,000 in competitions this year prior to his death.