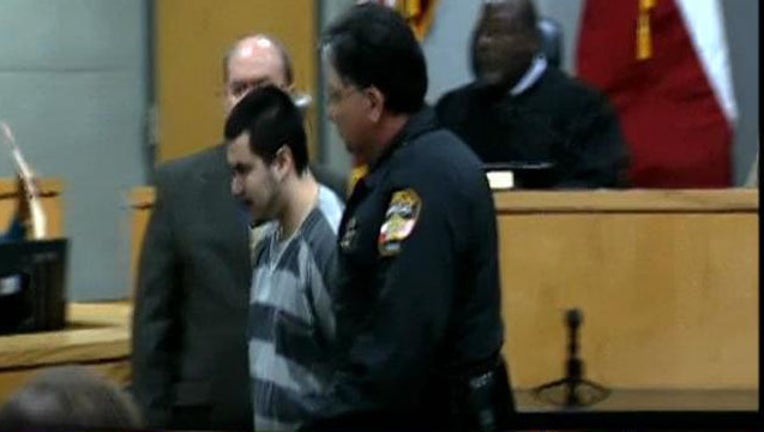 George De la Cruz has shown little emotion since his murder trial began. Tuesday prosecutors continued to portray him as unstable and responsible for the death of his estranged wife Julie Ann Gonzalez.

"And she had also told me that, if anything ever happened to her, it was him," said MyLinda Burrow.

Burrow was Julie Ann Gonzalez's Walgreens manager. She testified that Julie Ann started voicing her concerns about De la Cruz after she filed for divorce.

"One instance, she told me that he had told her, that if he can't have her or Lela (her daughter), nobody will," said Burrow.

Prosecutors believe De la Cruz killed Gonzalez because she was planning to take her daughter and start a new life with an old boyfriend; Aaron Breaux . Co-worker Priscilla Vrana testified about the tension that caused.

"I know he didn't want to divorce her and she wanted out and he didn't, so I knew that was a problem," said Vrana.

Michael Soto provided the most emotional testimony of the day. Fighting back tears Soto spoke about the last time Gonzalez gave him a ride home and how they promised to see each other the next day. A promise that would not be kept.

"She told me she loved me," said Soto.

He also told the jury he immediately suspected De la Cruz in his cousin's disappearance 5 years ago after spotting scratch marks on his face. There was also testimony from Jesse Corpus, who lives next door to De la Cruz, about suspicious behavior he noticed.

"So I heard a car drive up and I looked out," said Corpus.

On the last day Gonzales was seen alive Corpus claims an unidentified man showed up at De la Cruz's home and later drove away in Gonzalez's car. He spoke up after being told the car was found in a Walgreens parking lot.

"Yeah I think that's what happened, and that's why I brought it up, hey I've seen that car, you know, some dude was in it," said Corpus.

Police officer Jason Day who first responded to concerns about Gonzalez's disappearance testified that APD initially didn't know about the suspicious activity or threats. To them De la Cruz seemed to cooperate and even provided information about his estranged wife's recent activities.

"There were, the reason for our hesitation was some communication from Facebook and so forth, that she might have left voluntarily, so with that information we did not pursue it further," said Officer Day.

Prosecutors argue that it was De la Cruz who posted on Gonzalez's social media sites, and also sent text messages on her phone, to make investigators believe she was still alive. Amber Hays, a friend of Gonzalez, testified about receiving one of the text messages. She told the jury that she tried to speak with Julie Ann by phone after seeing the website posting, but the calls went to voice mail. Hays went on to say she eventually received the strange text message from Gonzalez's phone stating she was going to Colorado to live with a coworker by the name of James. The Manager at Walgreens had earlier testified that no person by that name worked there. Hays also found it strange because the night before, she had dinner with Gonzalez and her boyfriend Aaron Breaux. At that time the two spoke of their plants to get an apartment and start a family.

Prosecutors also don't buy the story that Gonzalez would live her daughter alone with De La Cruz. In January of 2010, a few months before her disappearance, De la Cruz had attempted suicide and she got a court order requiring all visitations with their daughter to be supervised. The Prosecution expects to continue to present evidence into next week.