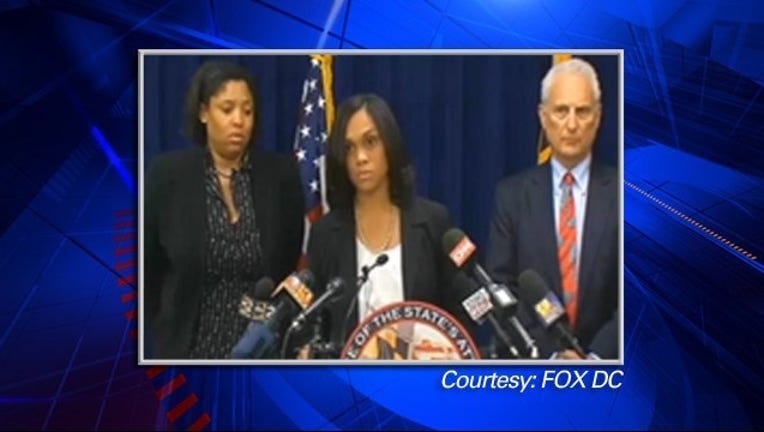 BALTIMORE (AP) -- The state's attorney in Baltimore says all six officers charged in the police-custody death of Freddie Gray have been indicted by a grand jury.

State's Attorney Marilyn Mosby made the announcement Thursday. The charges returned by the grand jury were similar to the charges Mosby announced about three weeks ago.

Mosby has said Gray's neck was broken because he was injured while being handcuffed, shackled and placed head-first into a police van. She says his pleas for medical attention were repeatedly ignored.

Gray was arrested April 12. He died in a hospital a week later and became a symbol of what protesters say was police brutality against blacks.