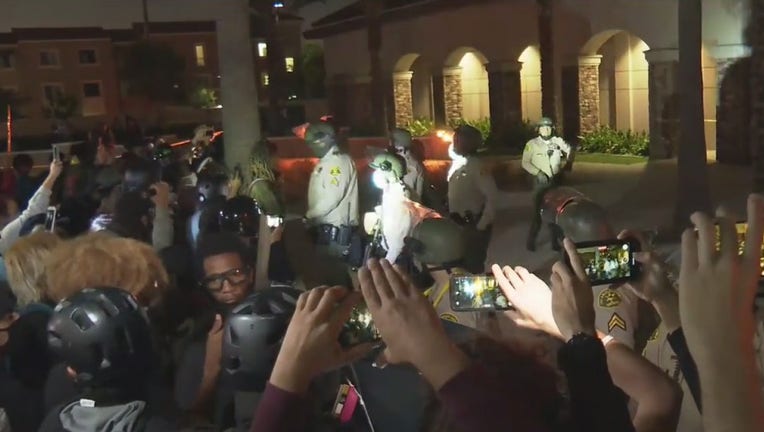 LOS ANGELES - A second night of protests was underway in response to sheriff's deputies fatally shooting a 29-year-old man who was stopped on his bicycle for a vehicle code violation in the unincorporated Westmont area near South Los Angeles.

The deputies who shot Kizzee were removed from the field pending a review, as is standard procedure, the sheriff's department announced Tuesday night.

The deadly shooting prompted an overnight protest outside the South LA Sheriff’s Station.

Anger over man shot by deputies in South LA

Growing outrage over the killing of a Black man by LA County sheriff's deputies FOX 11 has new video of the incident.

A few dozen protesters, organized by the Coalition for Community Control Over the Police, gathered at 5 p.m. near the scene of Monday'sshooting, at West 109th Place and South Budlong Avenue, and marched to the South Los Angeles Sheriff's Station, at 1310 W. Imperial Highway, about five blocks away.

On Monday, a man who was riding a bike was involved in what became a deadly confrontation with deputies in the South LA neighborhood of Westmont around 3:15 p.m. near West 109th Place and South Budlong Avenue.

Prior to the shooting, deputies said they attempted to stop him for a bicycle violation.

Once the bicyclist was stopped by deputies, they said he took off running. 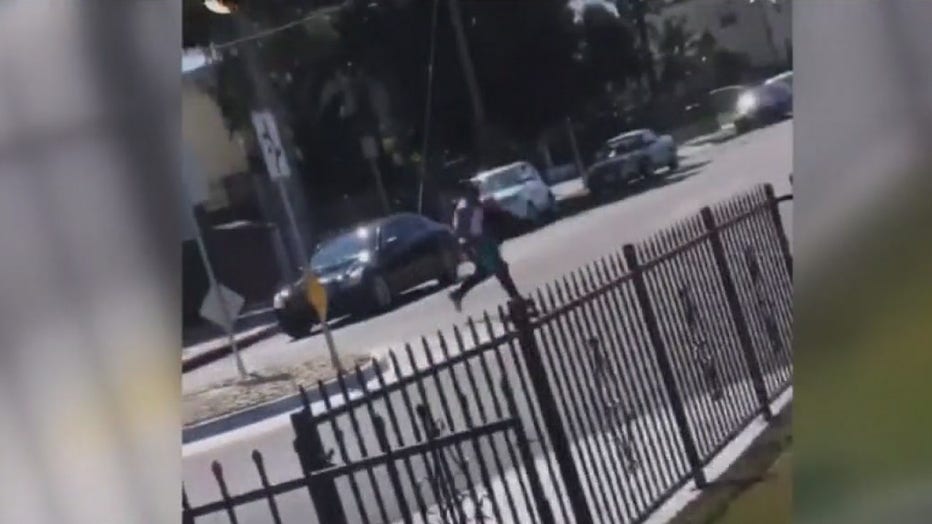 Cellphone video taken from witnesses appears to show him running as deputies followed him.

The man involved in the altercation was identified by family as 29-year-old Dijon Kizzee who is believed to have been a resident of the Westmont neighborhood.

Deputies said that once they caught up with Kizzee, one of them was punched in the face. The suspect had been carrying clothes in his hand and during the confrontation, the suspect dropped the clothes and deputies say they saw a gun and opened fire.

Kizzee was pronounced dead at the scene, authorities said. 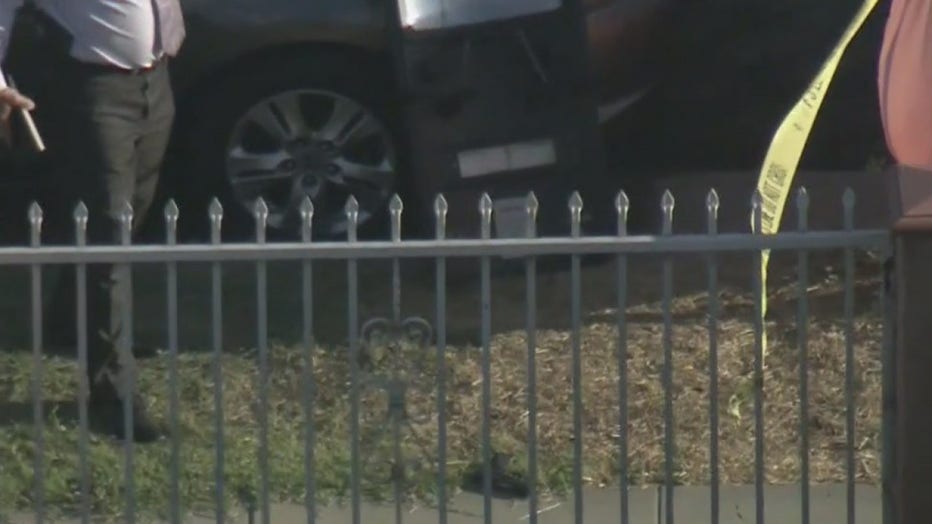 "Immediately after making contact with our suspect, our suspect was holding some item of clothing in his hands, punched one of the officers in the face, and then dropped the items in his hands. The deputies noticed that inside the clothing items that he dropped was a black semi-automatic handgun, at which time, a deputy-involved shooting occurred," LASD Lt. Brandon Dean said during a press conference Monday.

Shortly after the deadly incident, Black Lives Matter Los Angeles sent out a tweet, saying deputies "left his body facedown in the dirt," and called for supporters to get to the scene as quickly as possible.

Protesters gathered at the scene and also outside the South LA Sheriff’s Station as deputies stood guard. 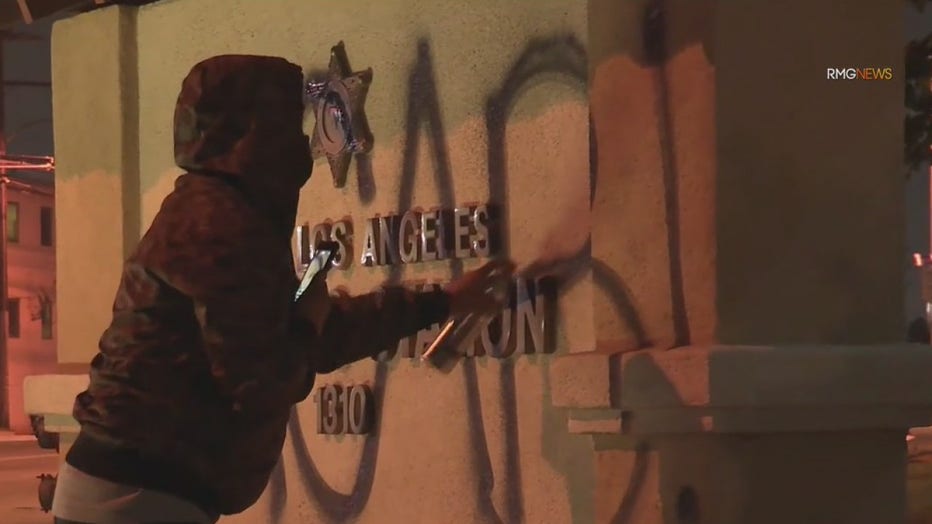 Activists demanded that the deputies involved in the shooting be arrested and prosecuted.

The sheriff’s department will conduct an internal investigation to determine if the shooting was within policy.

The incident will also be investigated by the Los Angeles County District Attorney’s Office and the California  Office of the Inspector General.