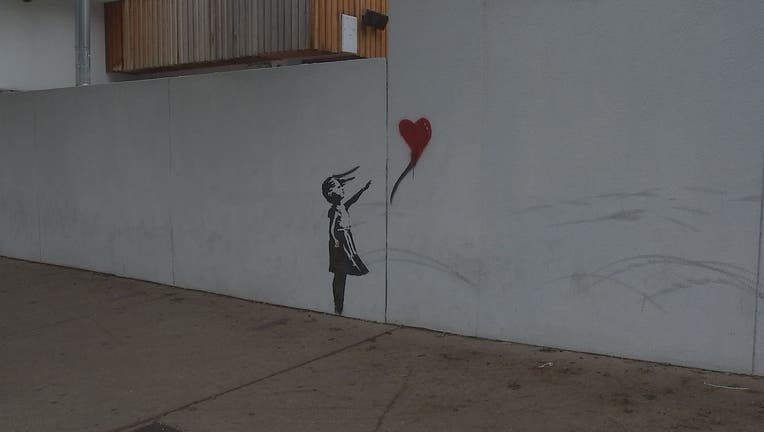 AUSTIN, Texas - A recreation of the iconic Banksy work "Girl with Balloon" has been spotted in Austin.

The recreation is near the intersection of Cesar Chavez Street and Congress Avenue close to The LINE Austin hotel.

It's not clear how long it's been there but "Girl with Balloon" is one of Banksy's best-known works. The street artist, whose identity has never been revealed, has been using the depiction of a young girl with her hand extended toward a red heart-shaped balloon in several murals since 2002.

The work recently made headlines when a signed stencil spray painting of the work was sold for $1.4 million in October 2018 and was run through a shredder immediately after it was sold.