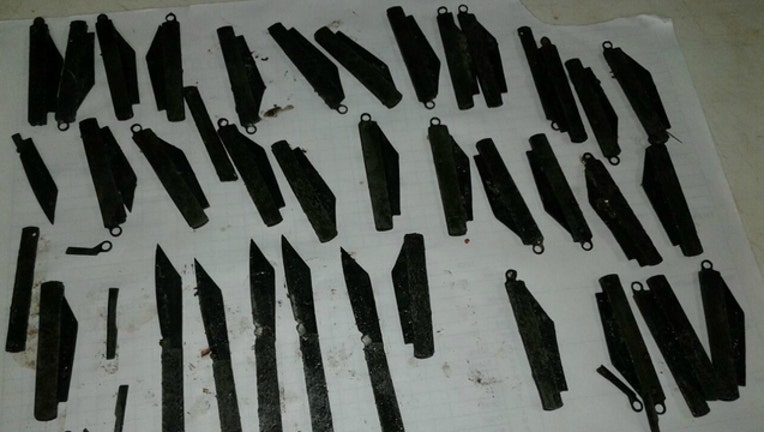 FOX NEWS - A 42-year-old man who allegedly had an overwhelming urge to consume metal is reportedly recovering after surgeons in India removed 40 foldable knives from his stomach. According to CNN, the unidentified father of two underwent a five-hour surgery Friday in Amritsar, a northern Indian city.

“We were so nervous… a small mistake could have taken the patient’s life,” Dr. Jatinder Malhorta, the lead surgeon, told CNN. “In my 20 years of practice, I have never seen anything like it.”

The patient told the news outlet that he was sorry to have let his family down and is thankful to the doctors and staff who saved his life.

“I don’t know why I used to swallow knives,” he told CNN. “I just enjoyed its taste and I was addicted … how people get addicted to alcohol and other things, my situation was similar.”