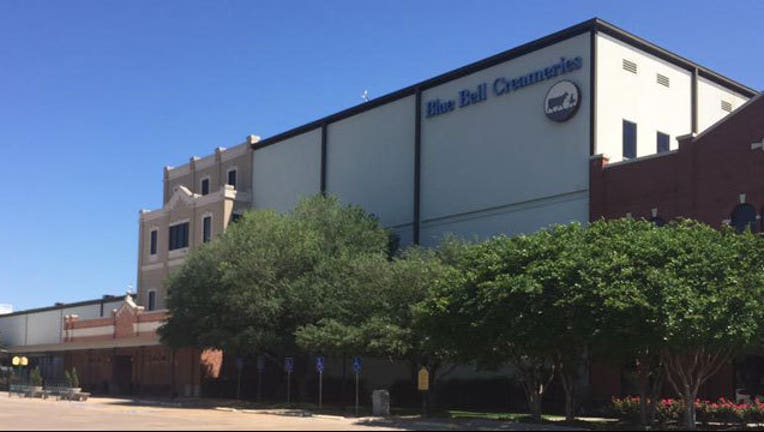 Texas health officials have finalized with Blue Bell Creameries the steps the company must take before selling ice cream from its Brenham plant. The company temporarily shut down its operation following the discovery of Listeria monocytogenes in certain ice cream products. Officials outlined requirements and milestones the company must reach before releasing ice cream into the marketplace and the company has agreed to the terms with the state.

In a release, officials say Blue Bell must notify the Texas Department of State Health Services at least two weeks before its intent to start producing ice cream for sale so health officials can conduct a full assessment of the company's progress and test results. The company must conduct trial production runs of ice cream that will be tested separately by DSHS and the company for Listeria monocytogenes. The products must consistently test negative before they can be distributed to the public. A trial run with negative test results must occur for each production line before the line can begin making ice cream for sale.

For at least two years after resuming production, Blue Bell must report any presumptive positive test result for Listeria monocytogenes in a product or ingredient to DSHS within 24 hours. For at least one year after resuming production, Blue Bell must implement "test and hold" procedures for all finished product, meaning products made at the Brenham plant must have negative test results before they can be distributed for sale to the public.

State health officials also are reviewing deep-cleaning procedures, ongoing sanitation processes and training activities at the Brenham plant. Blue Bell has retained an independent expert to oversee sanitation efforts and, as part of the agreement, will conduct root cause analyses to try to determine the sources of contamination.

Texas is working with state and national experts to examine frozen dessert manufacturing and identify changes that may be needed to strengthen regulations to protect public health.

You can read the full agreement here (pdf).

In a release, Blue Bell CEO and President Paul Kruse said, "We are committed to meeting the high standards and expectations of our customers and our regulatory agencies."

Kruse added, "State and federal regulatory agencies play an important role in food safety, and we hope that it will be reassuring to our customers that we are working cooperatively with the states of Texas and Oklahoma in taking the necessary steps to bring Blue Bell Ice Cream back to the market."