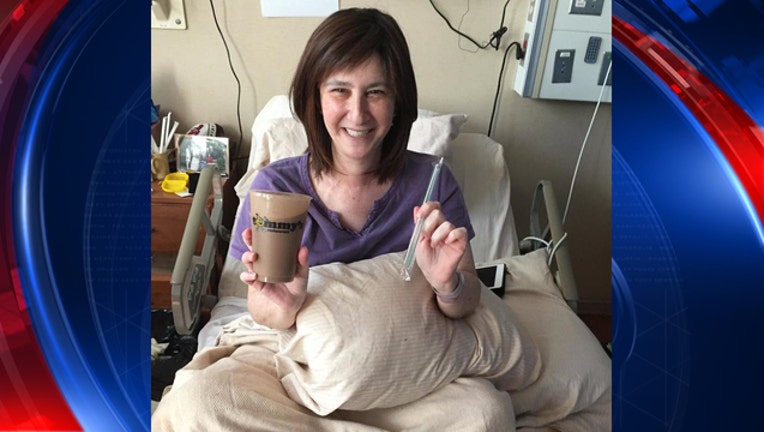 ARLINGTON, Va. - A woman in hospice care received a special treat from her hometown thanks to a friend and favorite restaurant.

Surrounded by loved ones, Ohio native Emily Pomeranz, 50, spent her final days in hospice care in an Arlington, V.A. hospital.

But thanks to Sam Klein, a good friend of Pomeranz, he and an Ohio restaurant went above and beyond to make Pomeranz's final days extra memorable.

In a Facebook post by Klein, which has gone viral for being so pure, he talks about his dear friend and the story behind her dying wish for a Tommy’s mocha milkshake.

If you’re familiar with the Cleveland area, you know about Tommy’s Restaurant—in particular their bomb.com milkshakes!

Now, with Pomeranz being unable to travel, her wish for a Tommy’s milkshake may sound unrealistic, right?

In efforts to help make Pomernaz's wish come true, Klein said he emailed the restaurant to see if they could deliver a milkshake to her hospice location.  A few days later, Tommy Fello, the restaurant owner, called Klein.

“Yes. We will figure out a way to do this,” is what he said, according to Klein's post.

“She was thrilled. She shared it with her family. She talked about it for days and days. She shared the story with her friends back in Cleveland and here in the D.C. area. It was something that made everyone smile," wrote Klein.

Thanks to one friend and the kind efforts of Tommy, Pomernaz’s wish was able to come true.

To honor her memory, Klein has one special request for future diners of Tommy’s: “Order one of those incredible milkshakes and ask for Tommy (he is the one cooking in the middle of the restaurant) and say, ‘This one is for Emily. Thank you for sending one to her.’"