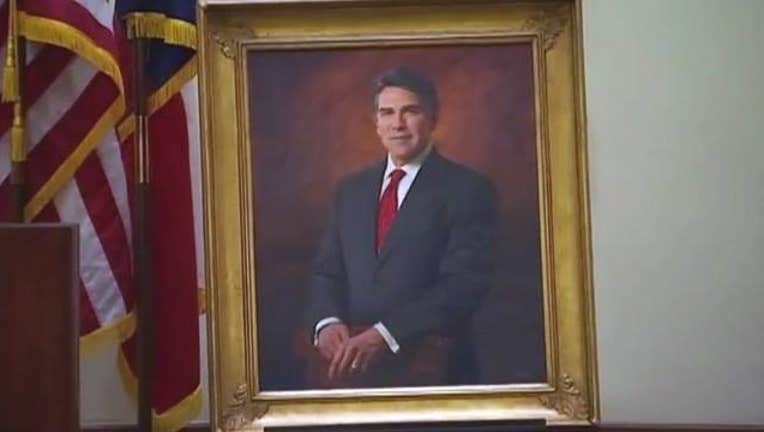 AUSTIN, Texas (AP) — Rick Perry finally has a portrait in the Texas Capitol — and no, he's not wearing the glasses.

The longest-serving governor in Texas history returned to Austin for the unveiling Friday of his official portrait in the Capitol rotunda. The painting will hang on a first-floor wall next to the portraits of former governors George W. Bush and Ann Richards.

Perry stood for his portrait wearing a red tie but without his now-signature, black-framed glasses.

The Republican didn't start wearing the glasses until after his first failed run for the White House in 2012, toward the end of his record 14 years as governor.