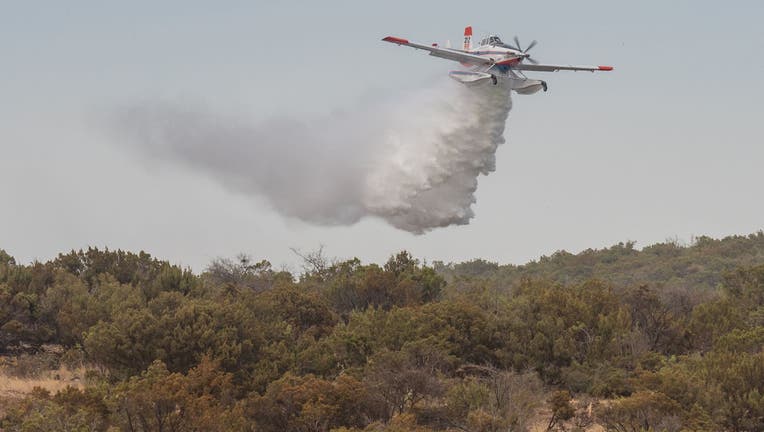 COLLEGE STATION, Texas - There is a potential for large wildfires to happen on Thursday through the weekend in the areas near Canadian, Amarillo, Childress, Lubbock, Big Spring, Midland and Alpine.

The amount of rainfall from Sunday through Tuesday has reduced the threat for large fires for areas northwest of the Dallas-Fort Worth Metroplex, the Capital region, the Hill Country south of San Angelo and near Fredericksburg as well as most of South and East Texas.

"Portions of West Texas and the Panhandle did not benefit from the weekend’s rain event," said Luke Kanclerz, Texas A&M Forest Service Fire Analyst. "In these areas, grasses remain dormant and dry, and extreme to exceptional drought conditions persist."

Texas A&M Forest Service has reduced the State Preparedness Level to Level 3 as the result of increased moisture across much of the state, as well as the decrease in wildfire activity and commitment of state and local resources to fires.

However, the potential for wildfire activity continues in areas where dormant grasses are present and minimal rainfall was observed.