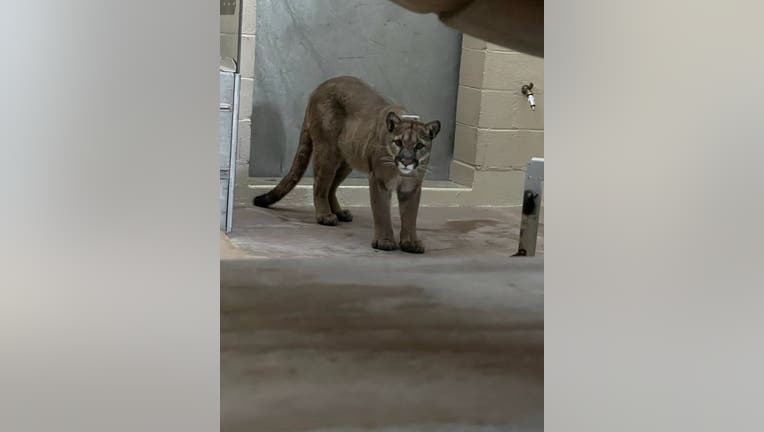 The mountain lion that was once roaming in San Francisco was taken to the Oakland Zoo. May 20, 2021

OAKLAND, Calif. - A mountain lion that had been roaming around the residential streets of San Francisco was released this week into the wild, Oakland Zoo officials said Friday.

The big cat had been taken to the Oakland Zoo on Thursday after it was spotted on at least two occasions in Bernal Heights and Portola district near people's homes.

Fish and Wildlife officials were able to tranquilize the animal Wednesday night and bring it to the zoo for observation.

After the checkup, it seems as though the mountain lion passed the test.

Fish and Game officials took video showing they had released the mountain lion on Thursday afternoon to a dry grassy field in Santa Clara County.

A mountain lion that was seen wandering through San Francisco’s Bernal Heights neighborhood has been captured. Elissa Harrington reports