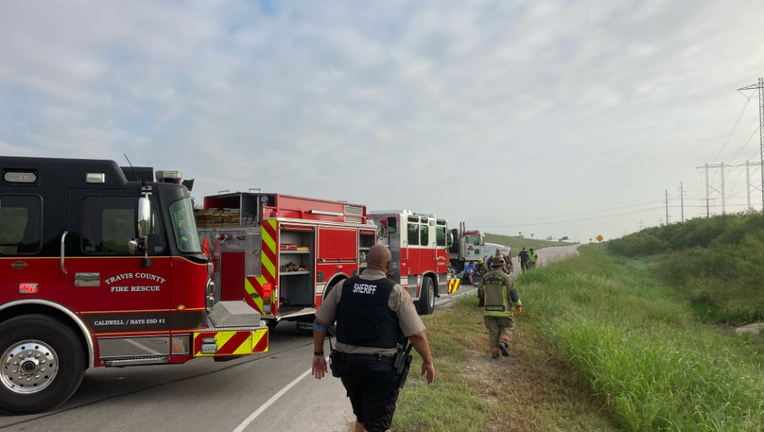 Photo from Austin-Travis County EMS from the scene of a two-vehicle rollover crash on Maha Loop in southeast Travis County that left three people injured.

One person had to be airlifted by STAR Flight and was seriously injured.

Two others were taken to area hospitals. One has potentially serious injuries and the other has non-life threatening injuries.

Further details about the crash and the victims have not been released.