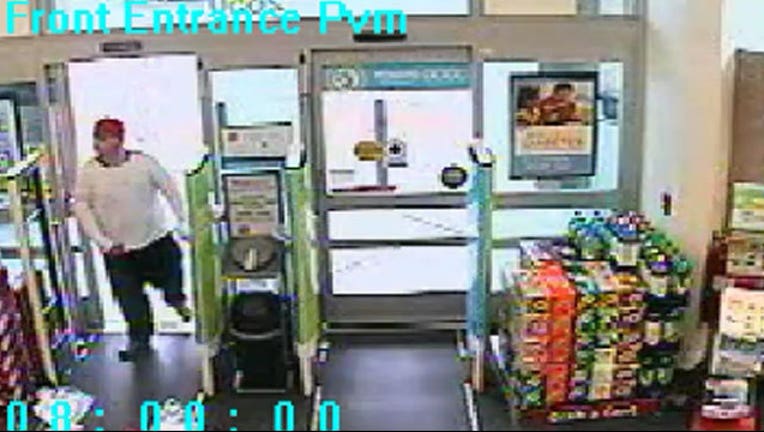 ROUND ROCK, Texas - Officers responded to the Walgreens at the 2600 block of Round Rock Avenue on March 31 for a reported robbery that occurred at about 8:50 a.m. and when they arrived they learned that a suspect had demanded money and fled the scene.

Surveillance video captured the suspect. The suspect is described as:

-Tattoo on the right side of his neck

Police say the suspect possibly fled the scene in a dark-colored passenger vehicle.