SAN FRANCISCO - Waiting in line for a vaccine can sometimes take a bit of time.

So the San Francisco health department, along with District 6 Supervisor Matt Haney and Human Rights Commissioner and Interfaith Council Board Member Hala Hijazi, decided to open up prayer rooms at high-volume vaccination sites during Ramadan for Muslims who are fasting and praying during their holiest month.

"Equity and access to critical services by underserved and vulnerable populations have led to increased trust within our diverse communities and with the City," Hijazi said in a statement. "Whether we are providing food vouchers to residents in the Tenderloin or safe places to get vaccinated and pray during these difficult times, we are meeting the needs of our communities where they live, work, play, and pray."

Dr. Grant Colfax said that he hopes the prayer rooms help "eliminate barriers to access that may be preventing those in the Muslim community from getting vaccinated."

The two sites that will have the prayer rooms are the SF Market in the Bayview district and at the Moscone Center.

People waiting in line can just step away for a minute to pray, as well as keep their place in line, as well as break their fast and drink water.

Islamic leaders have been using social media, virtual town halls and face-to-face discussions to spread the word that it’s acceptable to be vaccinated for the coronavirus during daily fasting.

The vaccine discussion centers on whether an inoculation amounts to the prohibited act of ingesting something while fasting.

The prayer rooms will be open to all faiths, will be private from public view, and come with prayer rugs. They are also large enough to accommodate social distancing.

A city spokeswoman said that there is no violation of the separation between church and state because the room is actually open for all religions and can also be a space for quiet reflection.

San Francisco, which is home to approximately 7,000 Muslims, modeled its guidelines and best practices to allow Muslims to access vaccines during Ramadan from a program of the New York City Commission on Human Rights.

Elsewhere in the world, governments were also accomodating to Muslims.

In Berlin, Muslims were able to get vaccinated in front of the Dar-as-Salam mosque in the Neukölln district before entering the mosque's prayer room.

During Ramadan, the Commissioner for Integration and Migration made sure a team of doctors will give advice in different languages in front of several mosques during Friday prayers in the next few weeks. 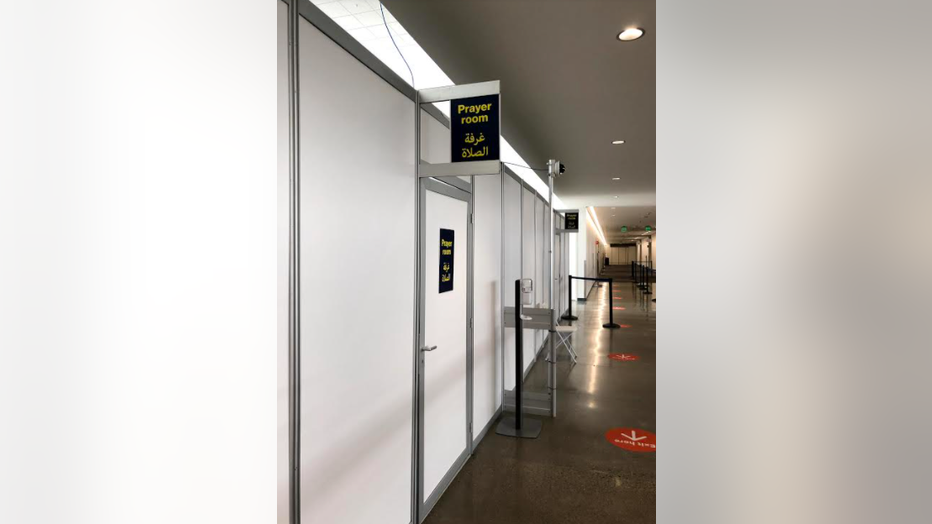 A prayer room was set up at the Moscone Center in San Francisco for Ramadan. 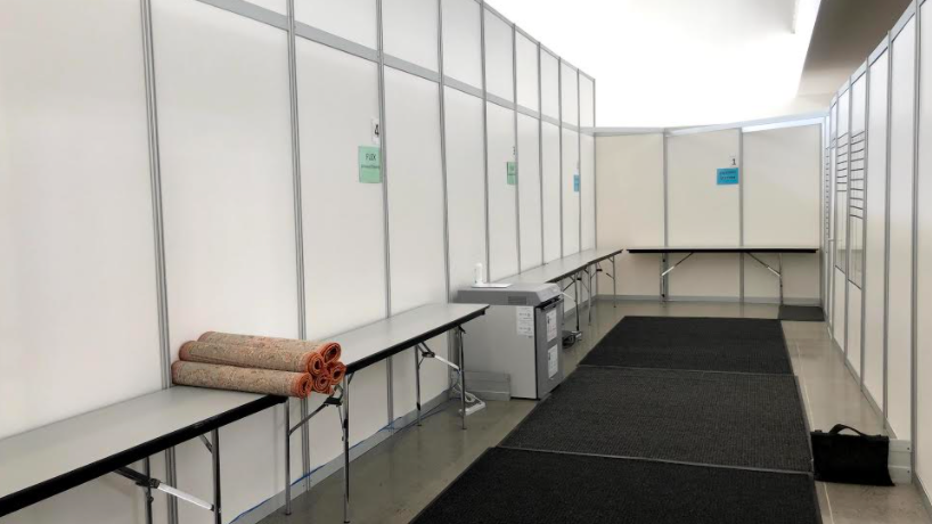 San Francisco is offering prayer rugs at some vaccination sites. 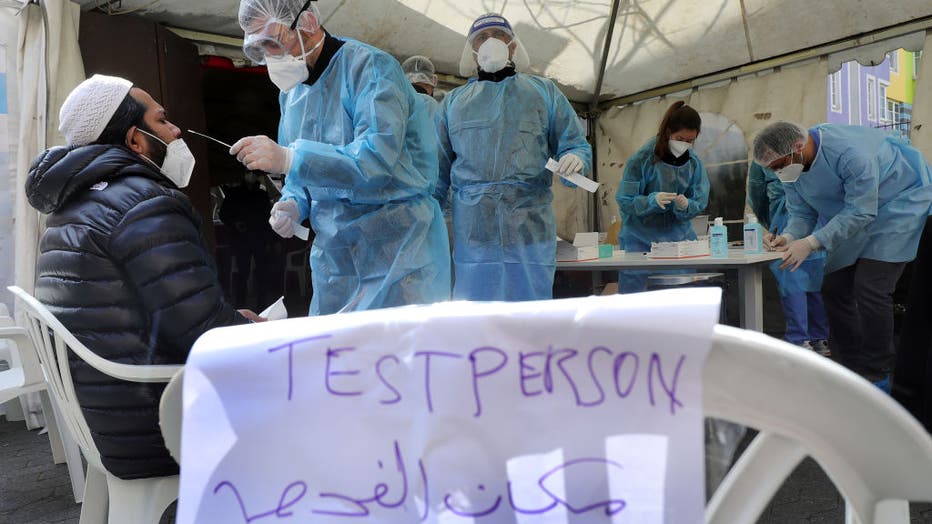 )Believing Muslims get tested for Corona in front of the Dar-as-Salam mosque in the Neukölln district before entering the prayer room. Photo by Wolfgang Kumm/picture alliance via Getty Images)