The city says the parade is dedicated to promoting community engagement, holiday spirit, and shopping local in San Marcos. 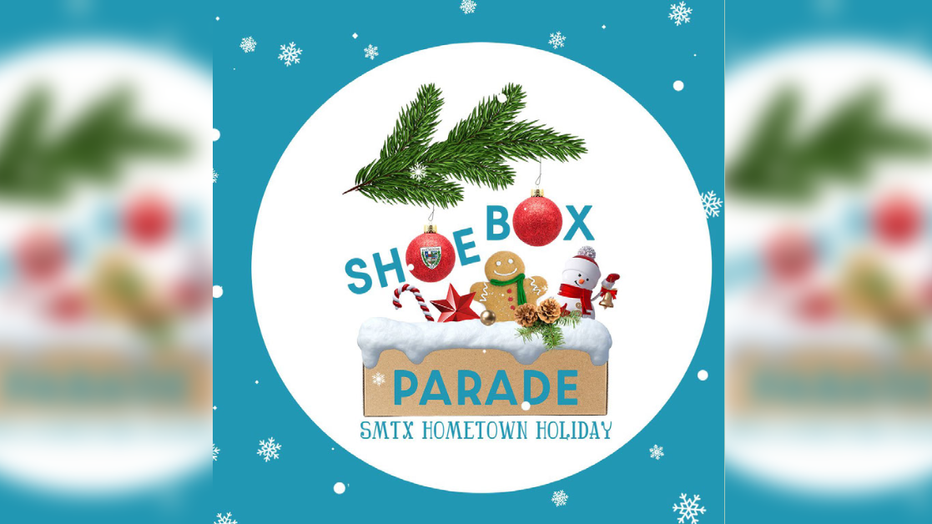 The City of San Marcos will be hosting its inaugural SMTX Hometown Holiday Shoebox Parade online in November.

All interested individuals, children, families, businesses, civic organizations, and nonprofits are all invited to participate by decorating a shoebox with a theme of their choice, submitting the online entry form, and turning it in at one of the drop-off locations.

The city says the Parade Committee reserves the right to reject any entry and/or description that is not in good taste, inappropriate, or not in the best interest of the parade and that all entries must be family-friendly. No political candidacy signs or images or “vote for”, “elect”, or “support” signs will be allowed. Current offices held may be identified.

There is no cost to participate, says the city and no late entries will be accepted. Shoeboxes can be dropped off at the following locations at these dates and times:

Anyone wanting to keep their float entry must pick it up from the Chamber of Commerce on December 1-3 between 9 a.m. – 5 p.m.

The San Marcos Public Library will be offering shoebox float packets available for front porch pick up during their modified hours of operation. Inspiration can be found by viewing this link on Facebook and this link on YouTube, says the city.

RELATED: Parks in San Marcos reopen after being closed for months

Details will be released at a later date for an “I Spy” parade watching competition for youth and adults. For float guidelines, inspiration, and the link to sign up, click here.