SAN MARCOS, Texas - The San Marcos Police Department says it responded to two shooting incidents and that a person was arrested in connection to one of the incidents but police are still looking for the suspect in the other incident.

The first incident happened on November 13 at around 3:31 a.m. Officers responded to Village at Telluride located at 301 Telluride after someone reported hearing about five shots coming from the area of an apartment and saw a white sedan leaving the area.

Officers arrived and found four shell casings on the road and on the front porch in front of the apartment.  They then spoke to a person inside the apartment who allowed them inside and upon entry, officers noticed indications there had been a disturbance.

The person inside the apartment told officers he didn't live there but that two of the men who lived at the apartment were involved in a physical altercation and that one of them upstairs.

Officers went upstairs and spoke to 22-year-old Garrett Allen Howe. Police said Howe confirmed he and his roommate were fighting but said that he didn't hear any gunshots or know anything about a gun being fired. 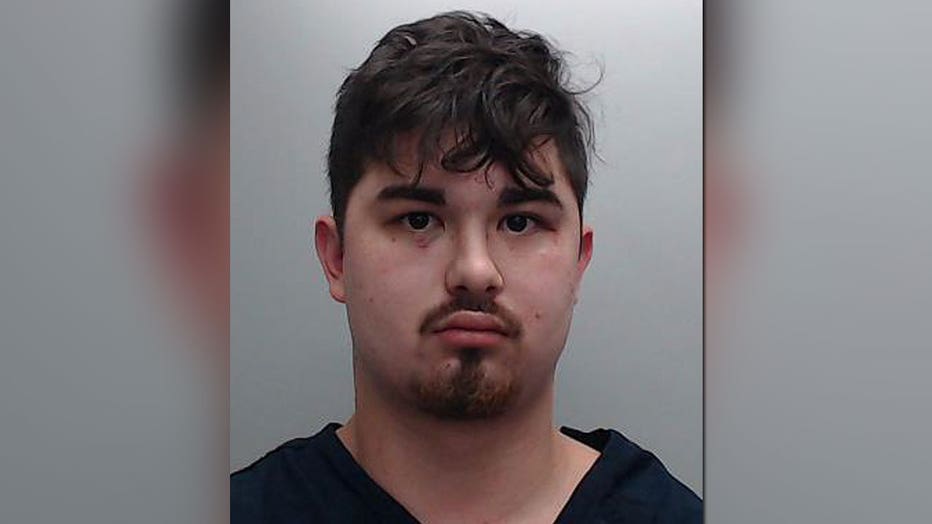 Police say officers then saw a black handgun in plain view inside a third roommate's bedroom that was the same caliber as the recovered shells. They collected the firearm and the casings but not locate any witnesses to the firing of the gun.

Howe was arrested after police found warrants for him out of Hays County and a small bag of drugs in his pocket. He was arrested for an oustanding warrant for assault causing bodily injury and possession of a controlled substance.  A report was also taken for assault family violence and for deadly conduct discharge of firearm. Howe was taken to the Hays County Jail and released November 14 on $9,000 bond for the two offenses.

The second incident police investigated happened on November 15 at around 2:35 a.m. Officers were dispatched to The Retreat located at 512 Craddock Avenue for reports of the discharge of a firearm and as they were headed over they were advised that someone had actually been shot and that the victim was being taken to a local hospital.

Police say it was determined there had been a party and that the party dispersed into the parking lot where a physical disturbance occurred. It was at that time that police say an unidentified person standing near an apartment neraby pulled out a handgun and reportedly fired one round into the air and one towards the crowd of partygoers.

The victim has been identified only as an 18-year-old man who was shot in the arm and chest. His current condition is not known but officials say he is expected to recover.

At this time, the shooter has not been identified or located.  Anyone with surveillance video or information about this incident and/or the shooter is asked to contact Detective Spriegel at 512-753-2369 or sspriegel@sanmarcostx.gov.