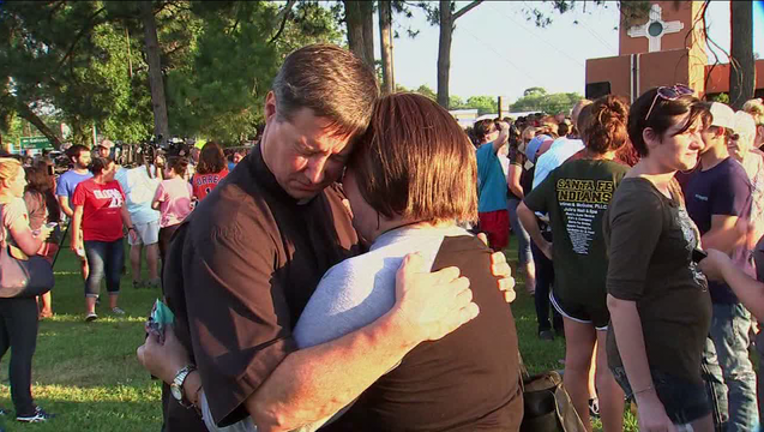 HOUSTON (FOX 26) - The Santa Fe High School massacre that left 10 people dead and 10 injured is the deadliest school shooting in Texas, since the 1966 University of Texas tower shooting.

It is now ranked among the five deadliest shootings in the country since the Columbine High School massacre of 1999.

Here's a look at the top five deadliest school shootings since Columbine:

April 16, 2007: Twenty-three-year-old Seung-Hui Cho fatally shot 32 people in a dorm and a classroom at Virginia Tech in Blacksburg, and then killed himself. It was the worst mass shooting in U.S. history.

Dec. 14, 2012. A 20-year-old gunman killed 20 first-grade children and six educators inside Sandy Hook Elementary School in Newtown, Connecticut, and then killed himself. He also fatally shot his mother before entering the school.

Oct. 1, 2015: 26-year-old Chris Harper-Mercer, of Winchester, Oregon, killed nine people before turning the gun on himself.  Seven people were also injured, when witnesses say Harper-Mercer opened fire.  He reportedly told a classroom to stand up and state their religion before spraying the room with bullets. Other witnesses say he called to them “come out, come out,” in an attempt to target more victims.

May 18, 2018: 17-year-old Dimitrios Pagourtzis is accused of opening fire inside Santa Fe High School in Santa Fe, Texas, killing 10 people and injuring 10 others. Pagourtzis is charged with Capital Murder and Aggravated Assault of a Peace Officer.