A Florida father and his son are wanted for allegedly brutally beating a man at a wedding reception in Lake Helen.

VOLUSIA COUNTY, Fla. - A Florida father and son who are accused of severely beating a man at a wedding reception in Lake Helen on Saturday have still not been found.

Volusia County deputies are looking for Joel O'Grady, 38, and Julian Falkinburg, 21, who both live in Sanford. The sheriff's office says the father and son beat up Tyler Kaltenbach, whose family shared photos of his injuries.

According to a 911 call, this happened at the Granville Farms wedding venue on N. Prevatt Ave. The person told the dispatcher that they found Kaltenbach clinging to life on the ground, but did not know who attacked him. 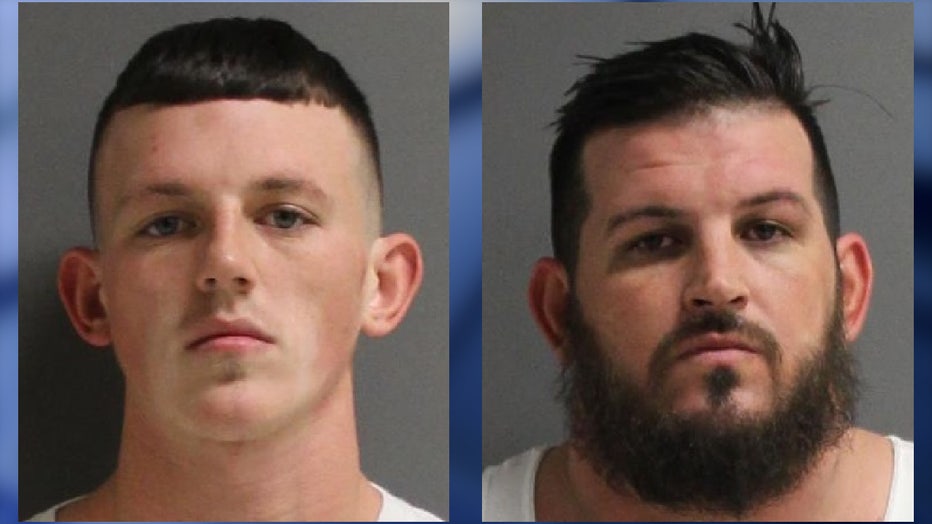 Photos are courtesy of the Volusia Sheriff's Office

"This isn’t like a punch. This is the guy goes down and then you stomp on him until he’s unconscious. This could have easily been a murder. Somebody could have ended up with significant brain damage we hear about these things all the time."

Kaltenback will now face a long road to recovery. The family’s attorney, Sara Howeller, said the 36-year-old will have to undergo face reconstructive surgery.

"Dental work is going to be extensive. All of his upper teeth were kicked out. Many of his lower teeth," she said.

Authorities say O'Grady and Falkinburg both have extensive, violent criminal histories. If you see them, the sheriff's office wants you to call 911.