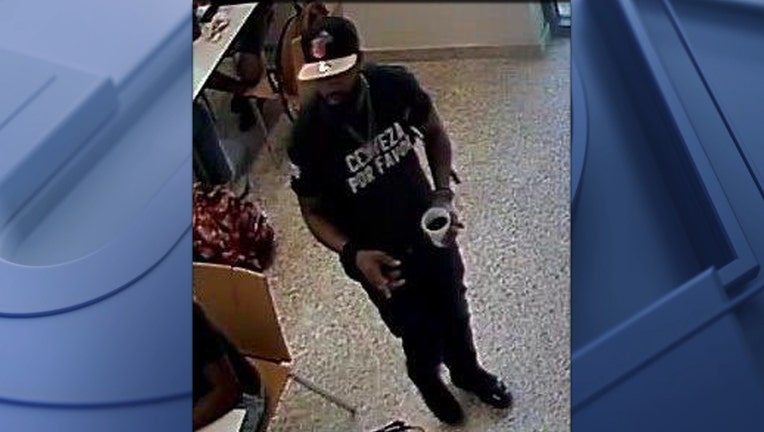 The suspect seen in the photo above is still at large and reportedly armed with a knife, according to police.

Anyone with information is asked to call the Texas State University Police Department at 512-245-2805.