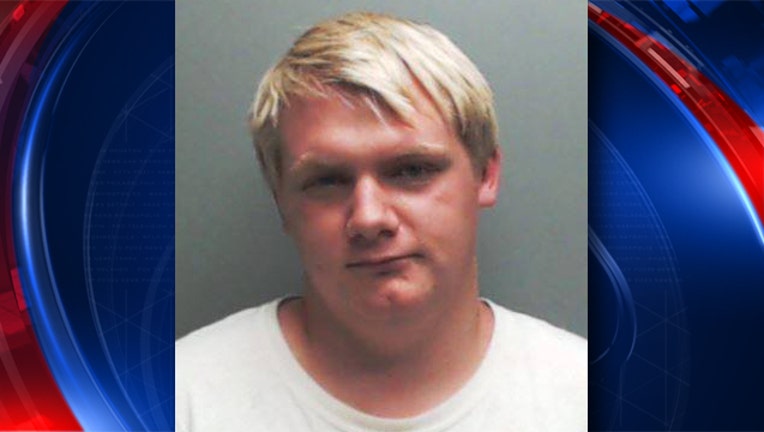 "The San Marcos Police Department is asking for help in locating Richard Vincent Blythe (DOB 06/19/1999), who is wanted for Injury to a child/serious bodily injury." (@CityofSanMarcos)

SAN MARCOS, Texas (FOX 7 Austin) - Police are searching for a Texas man who is accused of injury to a child/serious bodily injury. 20-year-old Richard Vincent Blythe is accused of abusing a nine-month-old child in November 2018.

According to the San Marcos Police Department, detectives were called into invetigate after a baby was brought to Dell Children's Medical Center of Central Texas in November 2018 with serious injuries. During the medical evaluation, it was discovered that the child had skull fractures, broken ribs and several lacerations to the liver.

Many of the injuries were in different stages of healing.

The baby is still hospitalized.

After months of investigation and conducting many interviews with the mother, Child Protective Services, and doctors at Dell Children’s hospital, police officers with the San Marcos Police Department issued a warrant for Blythe’s arrest.

Blythe is described as a white male, around 5’6”, and weighing roughly 200 lbs. He has blonde hair and blue eyes. He may have also grown facila hair, according to police.

His last known address was in Kyle.

Several attempts by law enforcement to locate Blythe have been unsuccessful and US Marshals are actively assisting in apprehending this fugitive. If you have any information about his whereabouts, please contact Detective Robert Elrod, (512) 753-2132, or the San Marcos Police.