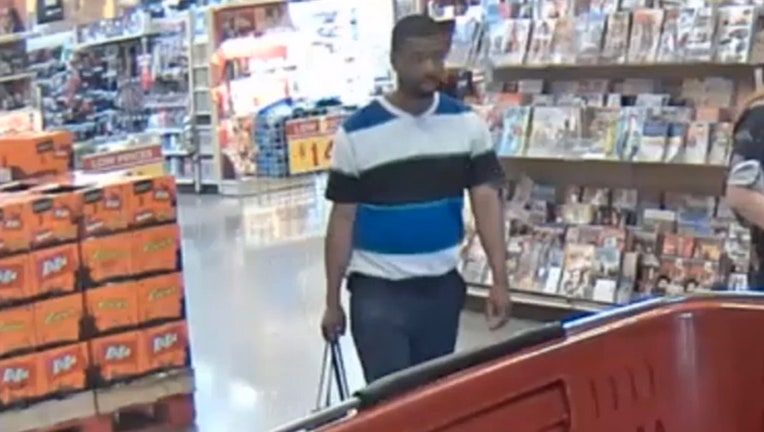 The suspect is believed to live in the vicinity of Brodie Lane and William Cannon Drive. (Austin Police Department / FOX 7 Austin)

AUSTIN, Texas - The Austin Police Department is asking for the public’s assistance in identifying a suspect who threatened a woman and her young child.

The robbery by threat happened around 10:30 a.m. on Monday, October 7 in the 6900 block of Brodie Lane, according to police. A suspect approached the victim and threatened to kill her and her young child if she didn’t give him all of her money.

The suspect is believed to live in the vicinity of Brodie Lane and William Cannon Drive.

Anyone with information about this incident is asked to call the APD Robbery Unit at 512-974-5092 or Crime Stoppers at 512-472-TIPS or use the new Crime Stoppers App. You can also submit tips by downloading APD’s mobile app, Austin PD, for free on iPhone and Android.