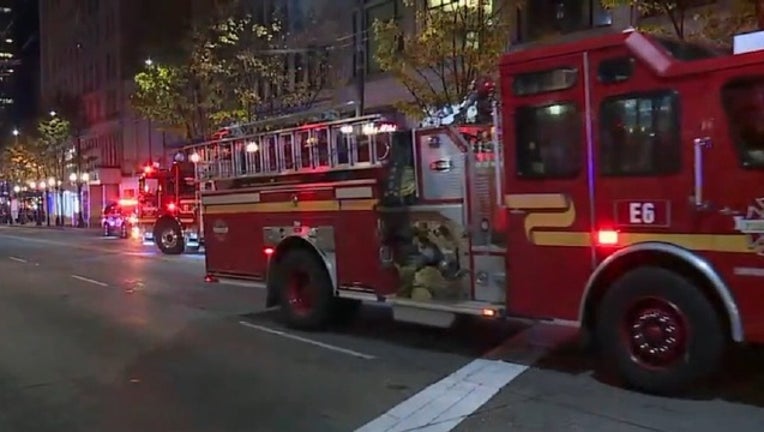 SEATTLE - Authorities in Seattle say that at least five people have been shot near an anti-Trump protest, but that the shooting at this time appears unrelated.

Seattle Assistant Police Chief Robert Merner says four men and one woman were hurt Wednesday evening after an argument of some kind outside a convenience store near Pine Street and Third Avenue, a busy intersection in downtown Seattle. Police say some of the victims were just waiting for the bus.

Merner says all five people shot were taken to Harborview Medical Center in Seattle. Hospital spokeswoman Susan Gregg told The Associated Press that two men and one woman were in critical condition and that two men were in serious condition Wednesday night.

A reporter for Q13 FOX, who was nearby reporting on the protest march, tweeted that she heard multiple gunshots.

Police say the gunman ran from the scene. Investigators are working to try to identify the suspect.

Merner says officers don't believe the incident is related to anti-Trump protests happening near the area at the time.