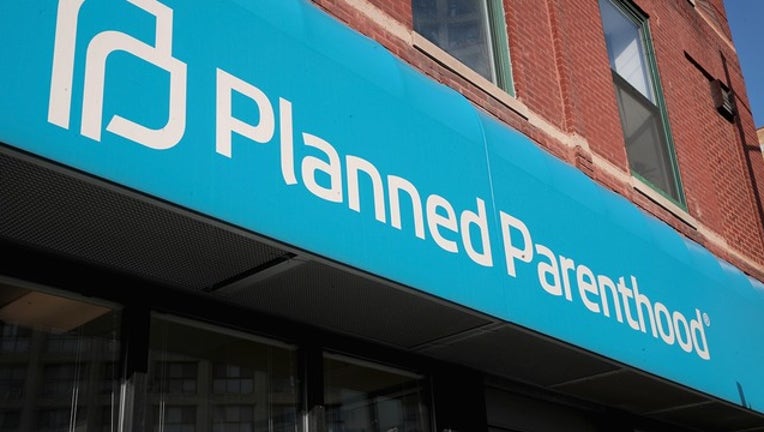 Ishatpal Momi, 27, of Elk Grove and Peter Reeves, 45, of Sacramento, were each charged with battery and illegal possession of tear gas stemming from a fight that occurred on Oct. 13, 2020, in front of a Walnut Creek Planned Parenthood clinic.

Efforts to reach the men or determine if they had attorneys were not immediately successful on Friday.

Both men were armed with their respective firearms and carrying large canisters of pepper spray, the DA's Office said.

State law only allows canisters of 2.5 ounces or smaller to be carried or used legally. The DA did not immediately state what canister size of tear gas is allowed. But bystander cell phone video shows the guard to be using canisters that appeared much larger than a standard pepper-spray size, according to DA Scott Alonso.

He also noted that it was indeed unusual to charge for such a crime - the size of a tear gas canister - but this scuffle had drawn scrutiny and therefore, more oversight, from community members and some on the city council who were upset that the anti-abortion group had hired armed security guards.

In the fall, members of the group 40 Days for Life, an anti-abortion group, were protesting outside the Planned Parenthood clinic, where there were also abortion rights activists.

At some point that morning, a fight broke out outside the clinic, and prosecutors allege that Momi and Reeves deployed their pepper spray canister against the abortion rights group.

Minutes later, more people arrived and the security guards deployed their pepper spray again against them, too, prosecutors say. In total, four people were affected by the pepper spray.

Both security guards will be sent a notice to appear for their arraignment.

After the protest, the East Bay Times reported that Walnut Creek councilman Kevin Wilk was upset that what he described as armed guards were even brought to the protest. He thought that bringing armed guards to a protest would dissuade people with opposing views.

The Walnut Creek Police Department posted on its Facebook page that the city does not recommend that protesters hire private security and that demonstrators of any kind do not have the right to block the public sidewalk.