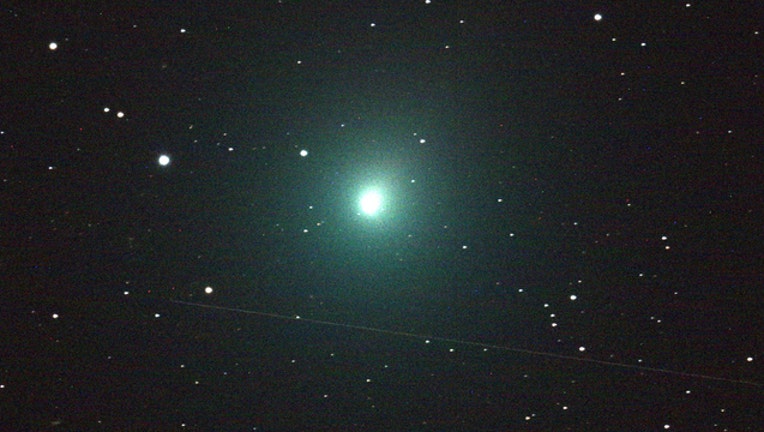 OUTER SPACE (Fox 32 News) - On Sunday, millions of people on earth might get a chance to see the 'Christmas Comet.'

The comet, actually known as 46P/Wirtane, will make a close pass of Earth on Dec. 16. This is the closest its been to Earth in more than 400 years.

NASA says that the comet will be visible all month long above the eastern horizon, so if you miss out on it on Sunday, you will still have a chance later this month. It is bright enough to be seen without a telescope or binoculars, though using those would make it look even better.

The comet is a member of the "Jupiter family" of comets. That means it never goes farther from the sun than Jupiter.