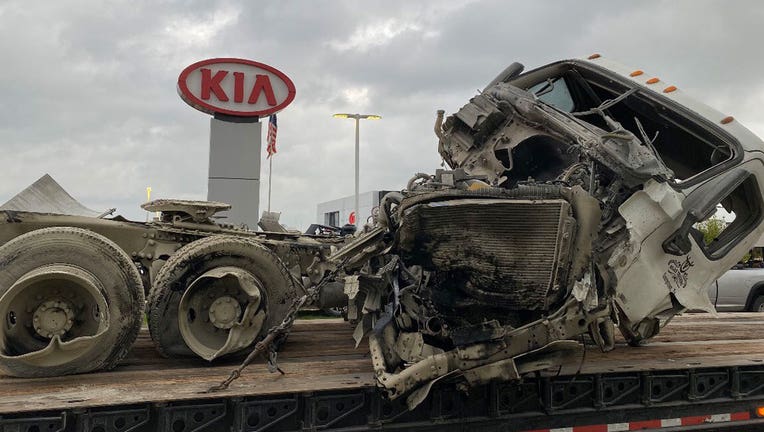 ROUND ROCK, Texas - Clean up continues after a semi-truck crash caused a full closure of I-35 northbound at Old Settlers Boulevard in Round Rock.

Officials say there is still lots to clean up after the crash which happened just before 5 a.m.

Round Rock police say the truck has been towed away and that the driver was taken to the hospital with non-life threatening injuries.

One northbound lane has reopened but officials expect clean up to take at least another hour.