A small memorial in front of the crash scene West of Lockhart continues to grow. Along with flowers, there are pictures, a baseball with a personal message written on it, as well as American flags one with a card from U.S. Senator John Cornyn.

Joe Flanagan, who lives near the scene, also drove by Wednesday morning. He wanted to see the memorial and the mark burned into the field where the basket with sixteen people crashed Saturday morning.

Flanagan tells FOX 7 that he has watched the same balloon, from Heart of Texas Hot Air Balloon Rides, at least fifteen times float above his property with no trouble at all. "It was always up pretty high, up in the air when I seen it, I never would have thought it, I guess he just didn't see them, I don’t know."

Since Saturday morning, Caldwell County Justice of the Peace Matt Kiely has been working with a local pathologist trying to identify all sixteen victims. "It’s been extremely hard, never seen something on this scale, I mean it’s affected all of us locally,” said Judge Kiely.

The pathologist is still waiting on dental records for the remaining nine victims.

A Community memorial service for the victims will be held Saturday at the Caldwell County courthouse in Lockhart. At 7:42 a.m., when it's believed the balloon make contact with the power lines, a moment of silence will take place

Cole Allen, a close friend of Matt and Sunday Rowan, remembers the couple as active and loving. A memorial for the Rowan’s is scheduled for Saturday afternoon in College Station at Christ United Methodist Church. "I think they are pretty significant, seeing that it’s really the only form of closure we have to say good bye,” said Allen.

They lived in San Antonio and recently got married. Matt was an army researcher specializing in trauma and burns, but Allen says his friend was also an amazing stepfather to Sunday's younger son. "They had an aura of positivity that always followed them. They were always joking and laughing and instilling pure positivity in people's life, by either making them laugh or challenging them to be a better person and be a better friend,” said Allen.

While friends of the victims grieve, calls for tougher regulations over air ballooning have intensified.

It been revealed that pilot Skip Nichols' had a suspended driver’s license because of a criminal record that involved drug and alcohol charges in Missouri, but that record did not ground him or stop his business from offering excursion trips.

Read The latest on investigation into hot air balloon crash 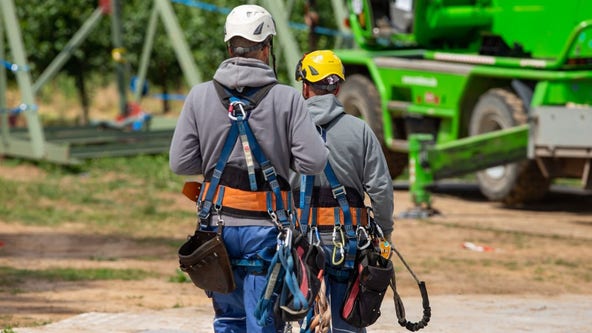