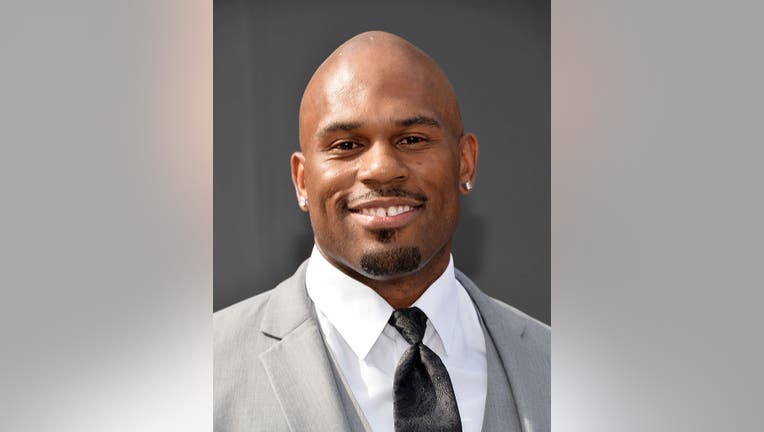 Early Wednesday, the Los Angeles Police Department said an unidentified male washed ashore in Venice Beach around 1:30 a.m., just days after Gaspard was lost at sea following the rescue of his son.

On Sunday afternoon, Gaspard and his 10-year-old son were reported missing just before 4 p.m. after they were caught in a strong rip current near the 4200 block of Ocean Front Walk, a Los Angeles Fire Department spokeswoman said.

In one last heroic act, authorities confirmed Gaspard told rescue crews to save his son first and to come back for him.

His son was pulled out of the water in good condition and did not require hospitalization.

Gaspard disappeared from the rough waters and has not been seen since.

The body was described by a spokesman with the Los Angeles County Fire Department as an African American male, 6 feet 6 inches tall, and over 240 pounds.

Divers with the Los Angeles County Fire Department continued their search for the athlete during daylight hours on Sunday, Monday, and Tuesday.

On Wednesday morning around 1:30 p.m., two people who were walking along the shoreline discovered a body and called 911.

Personnel from the LAFD, LAPD, and county lifeguards responded to the scene.

Officials said the body was discovered less than a mile away from where crews conducted rescue efforts on Sunday.

"They found an individual matching the description of a missing swimmer. He went missing Sunday afternoon and was never found from a rescue effort we conducted here on the south side of the Venice pier. Today our lifeguards were able to remove the individual from the water and give a description that matched the person that had gone missing on Sunday afternoon," said Captain AJ Lester with L.A. County Fire Lifeguards.

Gaspard’s relatives have been going to the area looking for answers and some were at the scene early Wednesday.