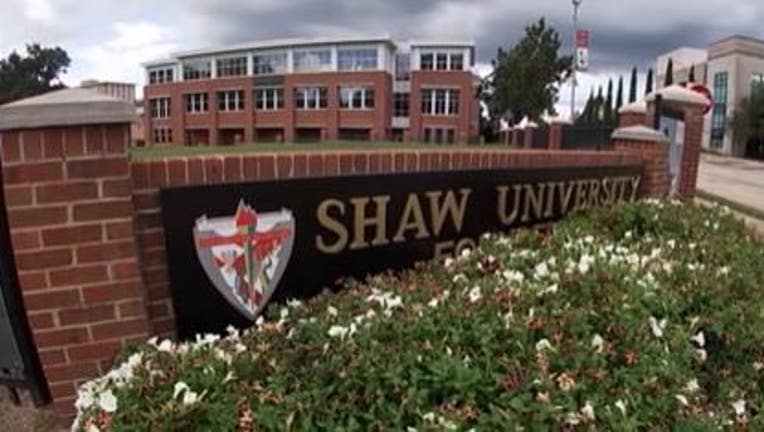 SPARTANBURG COUNTY, S.C. - Students of a historically Black university in North Carolina where stopped and searched in South Carolina while riding to an economic conference in Atlanta, according to the university's president.

Shaw University President Paulette Dillard released a statement saying students were riding a charter bus on a trip on Oct. 5th when authorities in Spartanburg County stopped the driver for a minor traffic violation.

Dillard said authorities used drug-sniffing dogs to stop and search the students, and the university president believes they were racially profiled.

"Traveling by contract bus, South Carolina Law Enforcement stopped the team in Spartanburg County under the pretext of a minor traffic violation. A couple of officers boarded the bus and asked the driver where he was headed. Multiple sheriff deputies and drug-sniffing dogs searched the suitcases of the students and staff located in the luggage racks beneath the bus.

In a word, I am "outraged." This behavior of targeting Black students is unacceptable and will not be ignored nor tolerated. Had the students been White, I doubt this detention and search would have occurred.

However, this scene is reminiscent of the 1950s and 1960s—armed police, interrogating innocent Black students, conducting searches without probable cause, and blood-thirsty dogs. It’s hard to imagine. Yet, it happened to the Shaw University community, and it is happening throughout this nation in alarming fashion. It must be stopped.

To be clear, nothing illegal was discovered in this search by South Carolina Law Enforcement officers. The officers said they stopped the bus because it was swerving and issued the driver a warning ticket for "improper lane use." Throughout this unnerving and potentially dangerous situation, our students and staff conducted themselves calmly and with tremendous restraint.

I will modernize the words of Dr. Martin Luther King, Jr., with my own, "The ultimate measure of a man and woman is not where they stand in moments of comfort and convenience, but where they stand at times of challenge and controversy."

Our students stood tall amid an unnerving and humiliating experience and because of their dignified and professional response, the situation did not escalate into something far more sinister."

WTVD reports that the students were heading to the Center for Financial Advancement Conference, which was taking place in Atlanta. Dillard said the deputies found nothing illegal in their search and issued the driver a warning ticket for "improper lane use," saying the bus was swerving while driving down the road.

The Spartanburg County Sheriff's Office told WRAL that 67 improper lane use citations were issued during a law enforcement crackdown.

Dillard went on to say that she has asked the university's attorneys to investigate the situation and are exploring all options, "legal and otherwise."