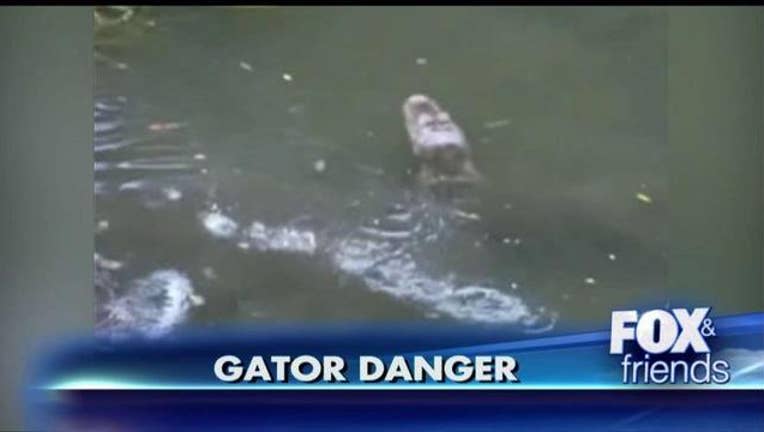 (FoxNews.com) - Days after a two-year-old boy was killed by an alligator at Disney World, a shocking video has emerged, showing a Disney World employee fending off an alligator at one of the Magic Kingdom's most popular attractions - Splash Mountain.

The video, which was apparently captured in 2009, was recently obtained by Inside Edition.

It shows the employee poke the alligator with a pole, attempting to force it back into the water.

The predator, however, appears determined to get on land, as tourists enjoy the ride mere feet away.