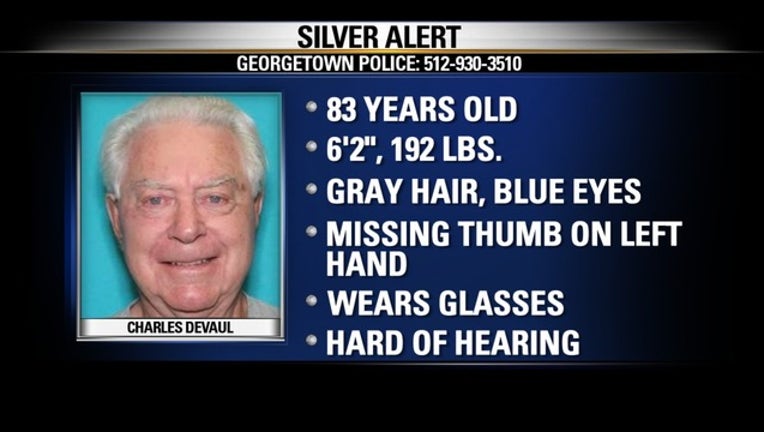 The Georgetown Police Department is searching for an elderly man with a hearing impairment who disappeared Tuesday morning.

Police issued a Silver Alert for 83-year-old George Devaul. He was last seen in the 100 block of Sandpiper Cove.

Devaul is described as a white man, who is 6 feet 2 inches tall, weighs 192 pounds and has gray hair and blue eyes. He is missing his thumb on his left hand, wears glasses and is hard of hearing.

According to police, the man could be driving a 2014 Brown Jeep Grand Cherokee with the Texas license plate number DVV6608.