"These are not the type of cases anyone wants to work," said Sheriff Chad Chronister. "Over the period of just four days, detectives interacted with 22 individuals who wanted nothing more than to have sex with a child." 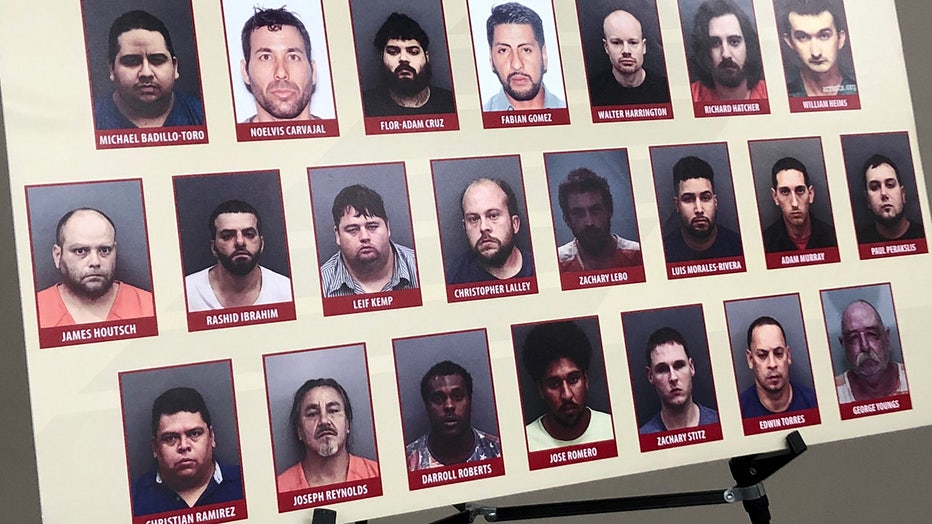 Operation Social Bust lasted for four days, between Sept. 29 and Oct. 2. During the operation, detectives worked undercover, posing as girls and boys on social media as the suspects contacted them online.

"These sleazy criminals used social media to chat with kids in an attempt to lure them into having sex," Chronister said. "Some even lied about their ages to seem younger and more attractive to their victims."

The sheriff said one suspect, 24-year-old Flor-Adam Brandon Cruz, initiated a conversation with a detective posing as a 15-year-old. He is a high-risk sex offender who is already on felony probation until 2032 for lewd and lascivious battery on a minor.

"He initiated conversations on social media and text messaging graphic detail the sexual acts he wished to perform," Chronister explained. "He even told the teenage girl, so he thought, that he would help her get experience with sex."

"In both cases he described the sexual acts he wished to perform on these young girls and he thought he got lucky when one of the girls agreed to meet him," the sheriff explained, "but instead of meeting the 15-year-old girl, he ended up in the arms of our undercover detective."

Another suspect, 33-year-old Christopher Lalley, offered $125 for sex with a 15-year-old, and drove from St. Petersburg to Hillsborough County with cash and condoms in his pocket, the sheriff said.

"As I've said before, we will continue to run these covert operations and target sexual predators who lurk online," Chronister said.

He said with Super Bowl LV in Tampa next year, the sheriff's office has increased its awareness campaign on human trafficking.

"Our message to parents, protecting children online and preserving their innocence, is a shared responsibility," he said. "Be mindful of what your child is doing online and who they are talking to."