FOX 26 Reporter Matthew Seedorff has a complete report on what happened after a small plane crashed in a southeast Houston on Friday.

HOUSTON - Passengers aboard a small plane experienced a close call after crashing Friday afternoon behind a couple of homes in Houston's Hobby area.

The plane, a Cessna 421 C Golden Eagle, went down near Heathglen Lane and Regal Manor Lane, in a neighborhood just behind Dobie 9th Grade Center around 2:20 p.m.

According to FlightAware, the plane had just departed Hobby Airport at 2:17 p.m. before crash landing roughly a minute later.

During a press conference, officials say the passenger aircraft had trouble getting off the runway and the pilot was forced to make an emergency landing. In fact, the pilot radioed in he was having trouble, and he lost his right engine and later had a power failure in the left engine.

Officials gave preliminary information on a plane crash behind homes near Hobby Airport, where four people managed to get out safely; no other injuries were reported.

Officials were tailing the aircraft in the event the plane would crash as well as to ensure no other damage would affect other homes.

The Houston Fire Department confirmed four people were aboard the aircraft, but they made it out safely, and no injuries were reported nor were there any fuel spills. 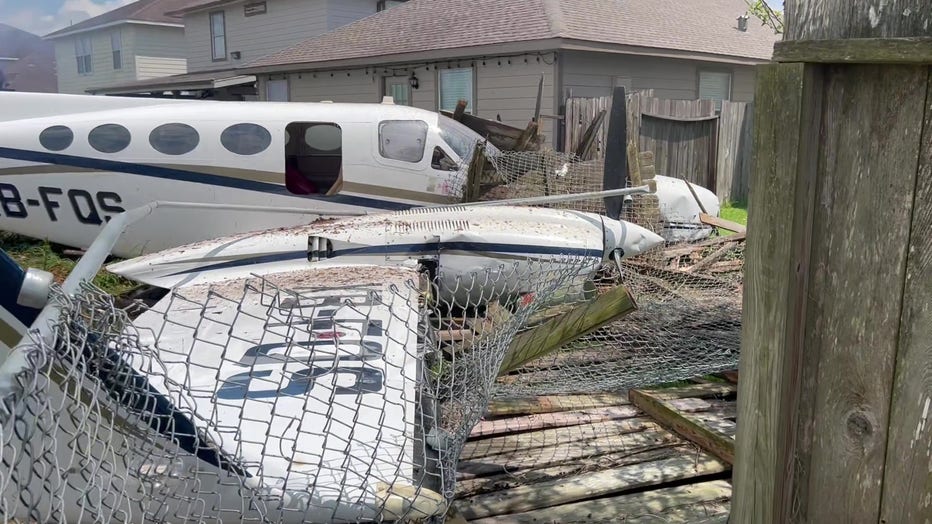 Arriving crews did find a gazebo on fire in the backyard of one nearby home, but quickly extinguished it. Some other houses were impacted, but officials say residents were able to evacuate safely. Also, the neighborhood did not need to be shut down as a result.

"It's a miracle. The pilot did a good job. Our firefighters did a good job at preserving life," one of the officials said. "Today is a good day."

"I know we live behind Hobby airport, but I never thought it would come to this day," said Marco Sanchez.  "It’s like right here, 3 or 4 houses down from where I live."

Sanchez saw the smoke and ran towards the flames to help.  Sky Fox video from above shows him using a water hose on the flames.

"I didn’t know what to do," said Sanchez.  "So I just got the water hose and started [and started spraying].  In my mind, I just hoped the airplane wouldn’t blow up."

FOX 26 Photojournalist Darlene Janik Faires spoke with a witness who described what he saw after a plane crashed behind homes near Hobby Airport.

The crash also was nearby Dobie 9th Grade Center, but the school did not suffer any structural damage due to the crash. This was because authorities said the pilot made a deliberate maneuver to avoid the school, so the school was not impacted. Still, Pasadena ISD officials confirmed dismissal was delayed at the school because of the crash.

The communications director with Pasadena ISD, Art DelBarrio, arrived at the scene confirming the incident happened right around the time when students were getting dismissed. However, he also called the incident a miracle, considering no one, especially students, were injured.

"It's kind of just a miracle…when you look at that what goes through your head this could have been so much worse," he said. 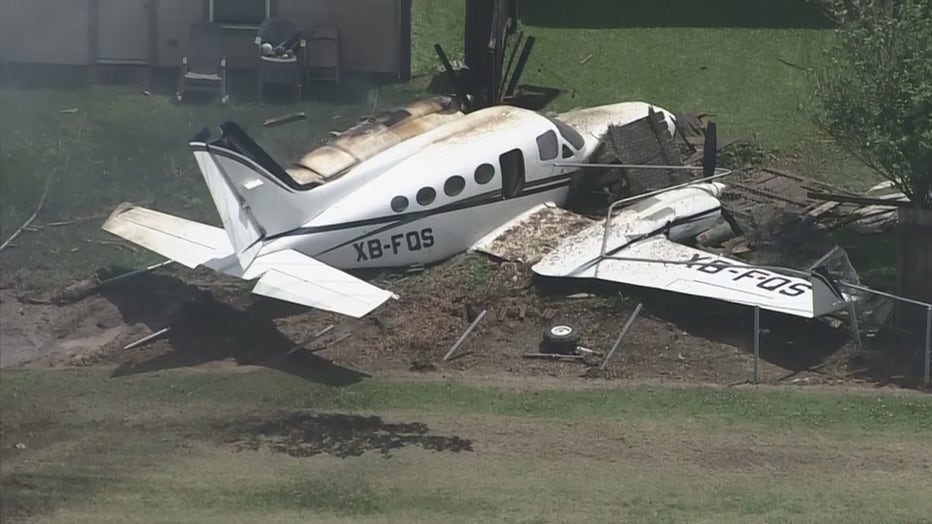 Authorities say there are several road closures around Monroe and Fuqua. Motorists are asked to avoid the area due to heavy emergency traffic.

This is a developing story and will be updated accordingly.