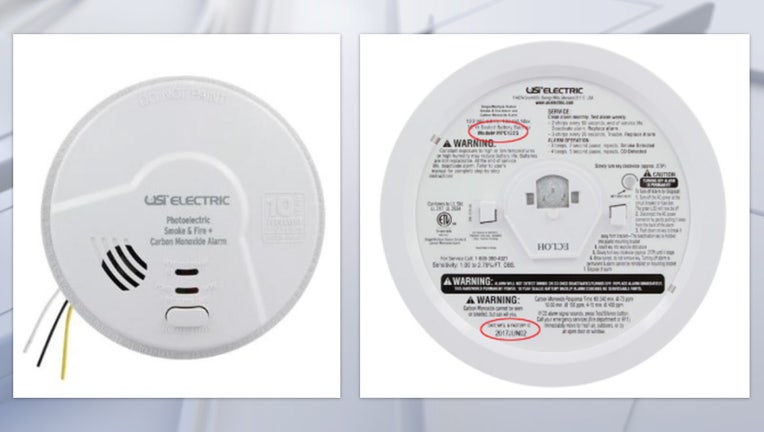 Thousands of smoke and carbon monoxide alarms sold nationwide are being recalled because they could fail to warn homeowners of hazardous levels of carbon monoxide, according to an independent federal agency.

Universal Security Instruments Inc. recalled 8,000 units of its 2-in-1 Photoelectric Smoke & Fire + Carbon Monoxide Alarms, which "can fail to alert consumers to the presence of a hazardous level of carbon monoxide, posing a risk of carbon monoxide poisoning or death," according to the Consumer Product Safety Commission (CPSC).

To date, there have been two reports that the recalled units "failed to alarm for the presence of carbon monoxide within the specified time requirement," according to the recall. There have been no reports of injuries.

Consumers who have either recalled model "should immediately contact Universal Security Instruments for a free replacement alarm," according to the CPSC.

LINK: How to determine if your alarm is affected

Until a replacement comes, consumers are instructed to keep using their current alarm, the CPSC said.

The recalled alarms were sold between June 2017 and December 2019 at electrical distributors nationwide and Walmart.com as well as other websites, according to the recall.

LINK: Get updates on this story from FOXbusiness.com