A threat circulating Snapchat that appeared to target students at a few Hays County high schools caused a "hold in place" at Johnson High School.

BUDA, Texas - An investigation is underway after a threat circulating Snapchat appeared to target students at a few high schools in Hays County.

An email was first sent out Wednesday morning informing Johnson High School parents that students had been placed on a "hold in place" for about 40 minutes. 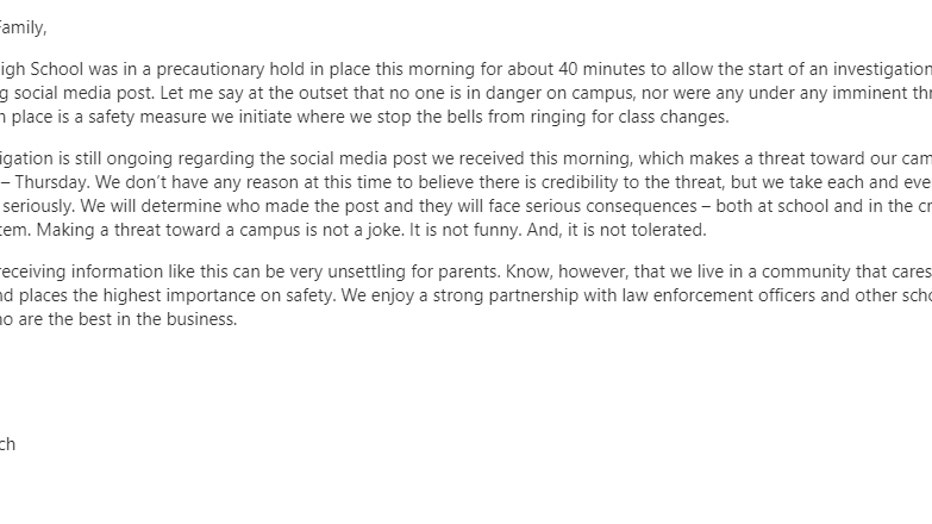 Part of the Snapchat post that sparked the decision read, "To all the Johnson students" followed by "You do not realize how long I've been hurting." It goes on to say "On Thursday morning I will KILL all of you m---ers."

"I was a little bit scared, but I’ve seen stuff from other schools where people fake that kind of stuff," said Vincent Morales, a freshman at Johnson.

Felisha Hernandez, who has two freshmen at the school, started getting texts in the middle of her workday. She left work to pick up her kids early.

"I don’t trust things like that," said Hernandez. "A lot of people were like, it’s just a hoax, but I didn’t want to risk it, so I picked them up and they won’t be attending school probably for the rest of the week.

The district later sent out another email to parents saying that the post appeared to be old and was edited to include "Johnson High." Other versions were also edited to feature Hays High School and Lehman High School. 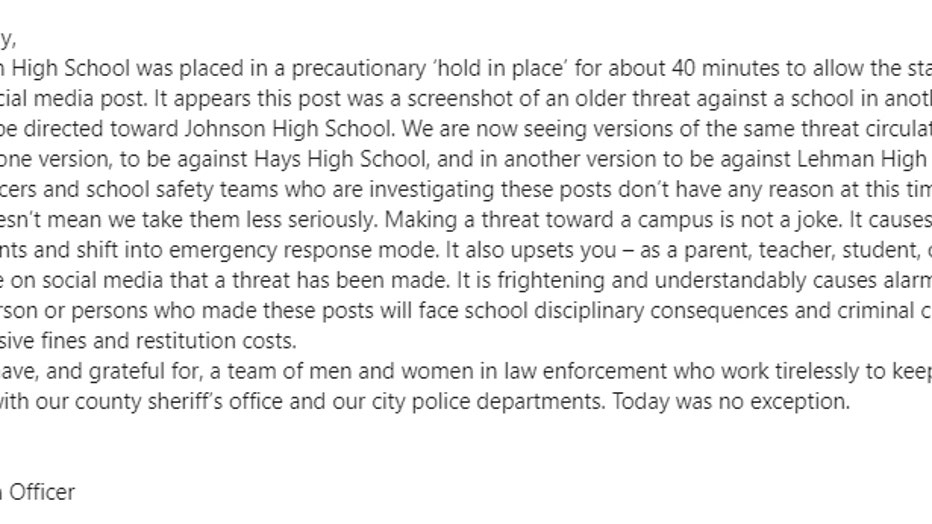 "I think everyone was really surprised by it," said Rianna Matamoros, a sophomore. "People were saying that it was real, and I believed it at first until I saw it was fake and from a different school."

In the email to parents, a school district spokesperson said, "Law enforcement officers and school safety teams who are investigating these posts don’t have any reason at this time to believe they are credible. But, that doesn’t mean we take them less seriously."

"I think they handled it pretty well," said Morales.

According to the district, when whoever is responsible is caught, they will face school disciplinary consequences, criminal charges and possible fines. The district also credited their partnership with the county sheriff’s office and city police departments for the way it was handled.